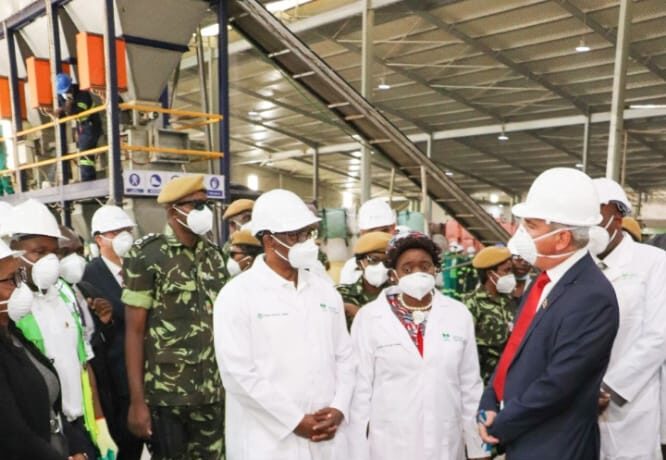 The Malawi leader,  Lazarus Chakwera, who has put the Affordable Inputs Programme (AIP) as his administration’s flagship programme, on Tuesday inaugurated the Malawi Fertilizer Company in Liwonde—Machinga district. Affordable Fertilizer is key to ensuring food security and boosting the economy in a country whose economy is still anchored in agriculture.

“We expect to have cheaper fertilizer with this plant facility,” said Lowe who was optimistic that the company’s operations will likely reduce fertilizer prices by 20%.

Speaking after the Minister, President Chakwera said the operations of the company are in line with the Malawi 2063 agenda of creating an inclusively wealthy and self-reliant industrialized upper-middle-income country.

For the record, the profile of the Malawi Fertilizer Company has it that their factory blends and distributes (not manufactures) fertilizer. The Company, in honour of the President’s visit, distributed 1200 bags, to be distributed to 600 families, two for each family.

On his part, Paramount Chief Kawinga hailed the company for creating jobs for the locals in the area. He also thanked the company for its social corporate responsibility in drilling boreholes as well as building school blocks in the community.