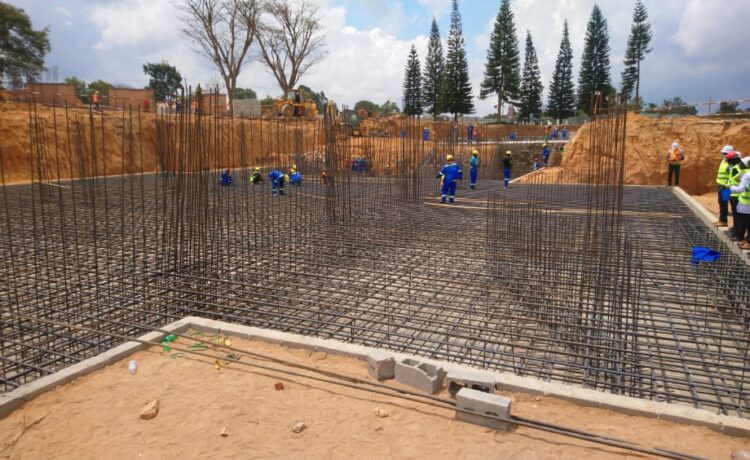 The National Construction Industry Council (NCIC) has ordered an immediate stop to the construction of the Mzuzu University library, which is being carried out by an international contractor.

In a letter dated 4th October, 2021 which Shire Times has seen, the Council says China State Construction Corporation is yet to fulfil some of the requirements of the Subcontracting and Joint Venture by Malawi and Foreign firms.

The Subcontracting and Joint Ventures by Foreign and Malawian Firms Order requires for any foreign company that is contracted to execute Government contract to sub contract a minimum of 30% of the contract value to Malawian firms.

On 17th February this year, the Secretary to the President and Cabinet (SPC), Zangazanga Chikhosi, issued a memorandum titled “Implementation of the Presidential Directive on Micro, Small and Medium Enterprises Order 2020 and a Joint Ventures and Subcontracting in Construction” in which he reminded the stakeholder and public in general that Order prescribes preference and reservations for Micro, Small and Medium Enterprises (MSMEs) wishing to participate in public contracts.

According to the SPC’s statement, the Order is the Government’s deliberate domestic policy to improve local companies’ participation and MSMEs growth, with an underlying objective of empowering Malawians to do business and participate in creating their own wealth through Government contracts.

The NCIC statement, which has been signed by NCIC Acting CEO, Gerald T. Khonje, directs that all parties should immediately suspend all construction activities on the site until the Council lifts the order warning that “the council will be compelled to take further actions against any person in defiance of the Stop Order”.

The Mzuzu University Libary was razed down by fire in December 2015 and has been neglected over the past 6 years until the new administration led by President Lazarus Chakwera has moved in to fulfil one of its campaign promises that he would build a new library for Mzuzu University once elected.