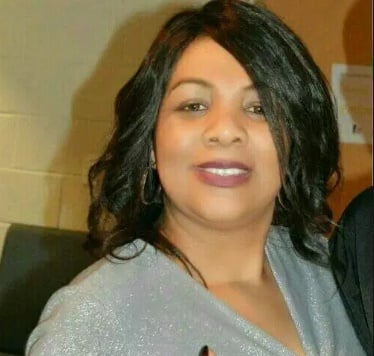 The High Court in Lilongwe has entered a default judgement against the US-based Manes Winnie Chitedze Hale who is popularly known as Abiti Manes and Gitta Phiri in a civil case that was commenced by the MCP Secretary General, Eisenhower Mkaka.

Mkaka concurrently sued the duo on libel charges arising from what they independently published on their respective Facebook pages late last year alleging that he received a K300 million in bribe.

According to court documents, the two alleged that Mkaka received the alleged bribe from David Whitehead and Sons Limited owner Faizal Latif to shield him from a K22 billion duty evasion scam.

The two, in their purported Facebook posts, alleged that Latif has been smuggling containers of truck tyres disguised as textile for the Malawi Congress Party (MCP); hence, bribed Mkaka so that the illegal activities should go unreported.

The court documents further claim that the posts were made on separate occasions on April 19 by the two with Phiri, the first defendant in the case, being the first to post about the alleged bribery.

Gitta Phiri wrote as follows: “The duty he [Latif] has been avoiding is about K22 billion. The guy has bribed everyone kuti nkhani isatuluke [so that the story doesn’t come out] that’s why nobody is talking about it. Honourable Mkaka, Minister of Foreign Af fairs, chonde K300 million mwalandila ya bribe yo ikatha mutiyankhule a Malawi anzanufe [when the K300 million bribe is finished please talk to us Malawians].”

The court documents further indicate that on the same April 19, the second defendant Hale, who is known on her Facebook page as Manice Abiti William Dawood, re-posted Phiri’s purported post with further degrading remarks as follows:

“Eisenhower Mkaka has been implicated in this saga, they say he received K300 million. Gitta is a journalist, ndikanalemba ine [if I had written that] you could have called me all sorts of names including hule [prostitute]”.

The Court had set 6th January, 2022 for mediation but the defendants, who are reportedly based in United States and Europe respectively, failed to show up despite the Court allowing for a virtual attendance.

The two have since been slapped with costs of aggravated damages which the Court is yet to assess, as well as an order to retract their publications and issue public apology.

The judgement against the 1st Defendant (Gitta Phiri) read to the same effect with consequences including (i) award of damages for libel, (ii) aggravated compensatory damages, (iii) a retraction of the publication, (iv) public apology, and (v) cost of action.

Efforts to speak to both parties remained futile as we went to press.