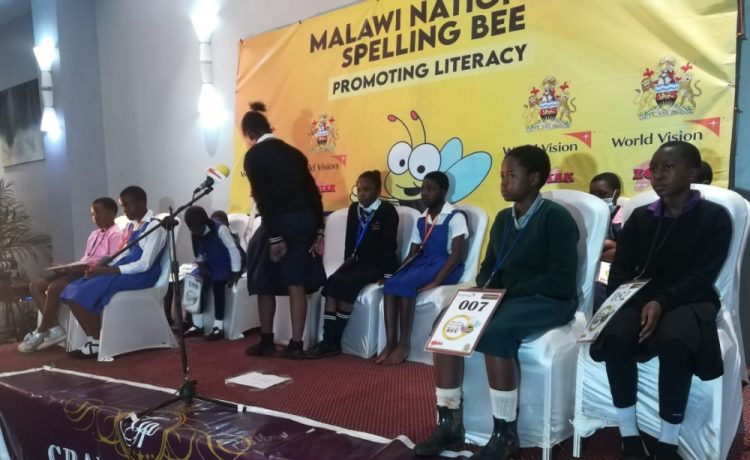 Leaners battling it out in spelling bee competition
0Share

The Malawi National Spelling Bee has been touted as a tool that is encouraging learners in both primary and secondary schools to develop a reading culture.

The sentiments were made in Mzuzu on Sunday 20th March, where 250 learners from 25 schools took part in Malawi National Spelling Bee (MNSB) at Grand Palace Hotel which was hosted by social media influencer, Pemphero Mphande.

According to MNSB Chief Executive Officer, Lewis Mbaula the competition is inspiring learners with reading habits and communication skills beyond their age and class level while complimenting government efforts to promote literacy skills.

“The spelling bee has helped learners build confidence in expressing complex ideas effectively, it has also encouraged them expand English vocabulary and proper pronunciation of words.

“MNSB reaches out to all learners in both public and private in rural and urban schools breaking the barriers of race, economical status, gender and geographical background,” said Mbaula.

Zoya Quareshy, a nine-year-old from Bloom Junior Academy, who won people’s hearts by spelling properly all of the words she was given, was one of the exceptional students in the competition.

After the competition she said: “I have extra books which I read apart from the school text books I received, but I had to develop the courage first considering that the hall is filled to capacity and everyone looks at you.”

On the other hand Olean Kamanga, a teacher at Viyere Primary School in Mzuzu, praised the organization of the spelling bee but appealed for timely provision of study materials to schools.

“We got the study materials very late and we could not thoroughly prepare our pupils, but still this has reminded us to consider filling our book shelves with enough literature materials,” Kamanga said.

Meanwhile, Malawi is currently lobbying to host African Spelling Bee with children from about 20 African countries set to take part at the biggest educational vocabulary exhibition on the continent.

In 2019, three learners from Chitipa, Ntchisi and Neno represented Malawi at the African Spelling Bee in Jinja, Uganda.