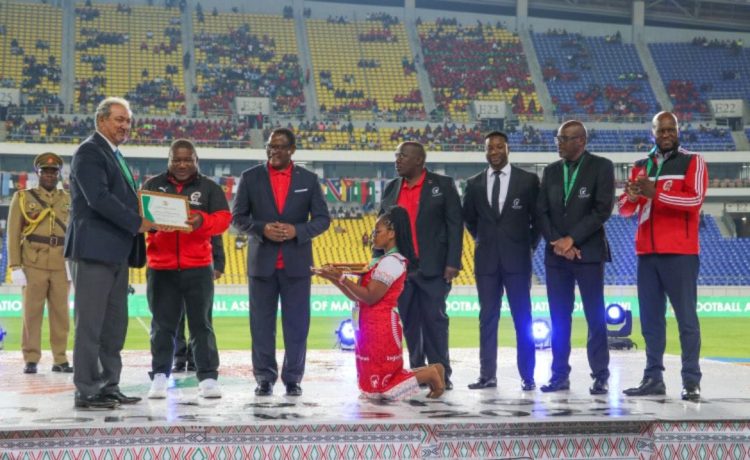 Speaking during the occasion, Chakwera said the hosting of the Region 5 Youth Games by Lilongwe is momentous because the enthusiasm shared by athletes, officials, and spectators surpass the shared economic and social problems affecting the SADC region right now.

Chakwera said that Africa is a continent of aspirations and dreams and this is evident from what Malawi has achieved in putting up modern infrastructure befitting a regional sporting feast that is Region 5 Youth Games.

On hosting the games, Chakwera stated that the tournament will assist to strengthen relationships that exist between African countries.

Speaking earlier, President Nyusi commended President Chakwera and all Malawians for putting up such a colorful opening event which further promises successful hosting.

About 2000 athletes drawn from 2 countries such as Zimbabwe, Zambia, Mozambique, Angola, Botswana, Seychelles, and Malawi will be participating in this 10th Edition of the Regional Youth games.