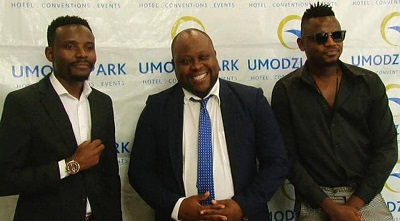 It is getting intense ahead of the Umodzi Park organized concert at the BICC in the capital Lilongwe on New Year’s Eve with the organizers putting together a concert that will see Namadingo popularly known as ‘The Doc’ in a head-on collision with Lulu whom others think is a legend.

There has been like a Messi vs Ronaldo feud as to who is the greatest between the two for the two musicians Namadingo and Lulu with some saying Namadingo is the Greatest of All Time (GOAT) while others disputing saying Lulu, who started plying his music exploits before Namadingo as the real legend, indeed the GOAT between the two.

Now Umodzi Park appears to have come in to settle the scores and for music lovers to conclude for themselves as to who is the legend indeed. In a press conference organized by the concert organizers, Umodzi, Namadingo spoke with bravado saying Lulu has a lot to learn from him though he earlier acknowledged that he had learnt from Lulu in the past.

“’Nothing personal but I have reached some heights that Lulu hasn’t, so if he is going to be humble, I will teach him,” said Namadingo.

On his part, Lulu said he is not aware of the comparison.

”All I know is to make good music for my fans, let them come and enjoy the show,” said Lulu.

According to the organizers, this music concert will be supported by Faith Mussa and Kell Kay.