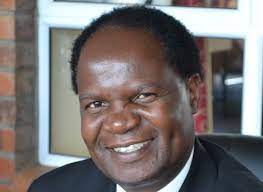 Professor Garton Kamchedzera: My disgust is against those that are employed to collaborate with her to fight corruption
0Share

As the Anti-Corruption Bureau (ACB) Director General Martha Chizuma is set to defend herself in civil and criminal charges filed against her in regards to a leaked audio clip in which she discusses her official work, Professor Garton Kamchedzera has challenged the security agencies to explore the identity of the man in the audio.

Kamchedzera, a Professor of law at the University of Malawi (Unima), argues that the man whose voice is heard in the audio clip needs to be unmasked as his conduct constitutes a criminal offence.

“Section 319A(f) of the Penal Code creates an offence punishable by seven years imprisonment for any person to engage in deceit to induce another person to do or say something that she or he is lawfully entitled to abstain from doing or saying. The man whose voice is in the audio and abused the trust she had in him slyly asked questions whose answers could be used to knock her out of the fight against corruption.

“She [Chizuma] struggled to answer some of those questions, as he presented himself to be on her side. A month later, that man is still referred to as “unknown” by mainstream media, as the nation and opponents focus on one woman, Ms. Martha Chizuma,” Kamchedzera said in his facebook post.

In view of the foregoing, Kamchedzera wonders why security agencies are mum on the identity the man with whom Chizuma conversed, “to get a possible window into the illicit networks of maggots.”

“Instead of hearing that any of the agencies that should be fighting corruption too in this country, such as the Police and the Financial Intelligence Authority, have worked to explore who recorded her and why it is Ms. Chizuma answering criminal charges and defending herself against expensive civil suits in Malawi’s judicial system?” he queried.

He proceeded to say that the public, through their expectations and confidence in the corruption bulldozer, made her an easy target for opponents.

According to Kamchedzera, those who are employed to collaborate with Chizuma in the fight against corruption are sleeping on duty.

“My disgust is against those that are employed to collaborate with her to fight corruption. These, for me, are as culpable as the man who betrayed her and the illicit networks of maggots such public functionaries are not investigating,” he said.

The lawsuit is in connection with a leaked audio clip in which Chizuma discusses investigations into Sattar’s alleged corrupt dealings with a person yet to be officially identified.

Last month, President Lazarus Chakwera claimed that Chizuma had confirmed to him that the voice in the audio was hers but the man she was conversing with still remains unknown.