Shire Times > Blog > National > Flames’ new kit, replica jerseys not yet in ahead of AFCON on Sunday
NationalSports 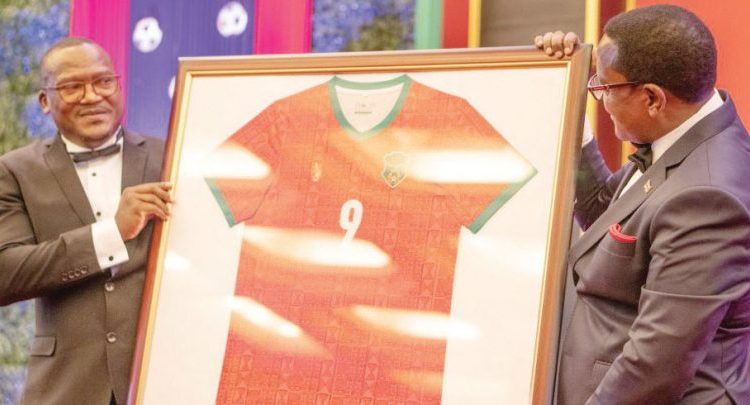 The Flames, Malawi’s national football team, might use an old kit in their inaugural match against Guinea on Monday at the Africa Cup of Nations (AFCON) following shipment woes of the new kit and replicas from China and Vietnam, Shire Times has learnt.

The country’s football governing body, the Football Association of Malawi (FAM), on Thursday said they experienced production delays in both sites.

According to the statement, shipment was embarked upon early December with the view of having the new kit by end of December.

Reads part of the statement: “However, we are facing considerable delays with delivery of the consignments due to a backlog of shipments overseas arising from Covid complications. This is being experienced after special efforts were made to fast-track shipment of the consignments through courier services.”

FAM has since apologized to the football fraternity for failing to deliver the consignment in time despite the Flames qualifying for the continental finals in March last year.

President Lazarus Chakwera unveiled the kit during the Flames Kuipatsa Moto Fundraising Dinner at Kamuzu Palace in Lilongwe on October 29 2021.

Then, Chakwera was only presented with a portrait of the replica kit as the association was hoping that the first consignment would be in the country by December end.

According to Fam, the sleek and modern Flames heritage jersey is inspired by Malawian traditional art.

The kit’s pattern is drawn from a traditional house painting as well as patterns found on fabrics, a true celebration of Malawi’s culture.

A beautifully-crafted piece of art adorning the traditional Flames colours of red, green and black, the jersey is called ‘I am a Flame’.

“For a long time, Fam has been failing to appreciate the significance of replica jerseys and each time it has always been business as usual. Unfortunately, this is FAM for us, always doing things differently from the norm. This is a lost opportunity to make money for the Flames,” he is quoted as saying in the press.

“The silence from Chiwembe is not even helping matters as they were supposed to come out in the open and tell owners of the team, Malawians, about the status of the replica jerseys one week before the tournament.”

After playing Guinea on Monday, the Flames’ next assignment is against Zimbabwe some four days later.

Malawi’s last group match is against Senegal on January 18.

This will be Malawi’s third appearance at the continental showpiece after earlier qualifications in 1984 (Ivory Coast) and 2010 (Angola).