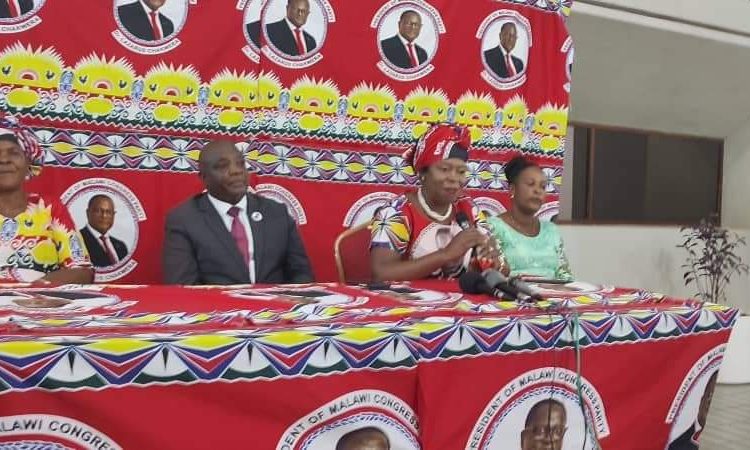 Erstwhile ruling Democratic Progressive Party (DPP) has lost one of their own–Hyasinta Chikaonda–to Malawi Congress Party (MCP) who was until her defection Deputy National Director of Women.

The former Dedza East legislator from 2009 to 2014 said at MCP headquarters in the capital Lilongwe, where she was officially welcomed, that it was heart-warming to be back to her original party.

“I am happy to be back,” Chikaonda said. “I have decided to take up another challenge by returning to my original party, and I am ready to render my full support to the current government,” Chikaonda said.

“A lot of people joining a party contributes it to becoming strong on the ground. So, we are happy with Chikaonda’s return,” Chilondola said.

Chikaonda, and four others lost to independent candidate Patrick Bandawe, when she run – on DPP ticket – for the Dedza East Constituency in the 2019 tripartite elections.