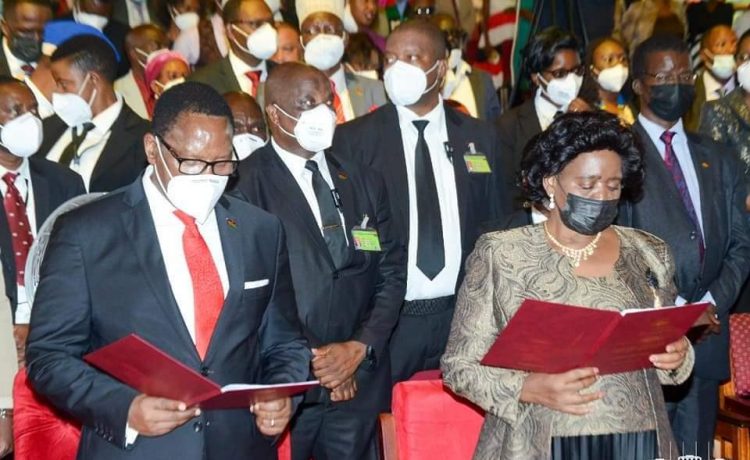 President Lazarus Chakwera on Saturday challenged the first ever University of Blantyre Synod (UBS) graduates to be proactive and instrumental in playing a leading role as far as development of the country is concerned.

Chakwera said at St. Michaels and All Angels’ Multipurpose Hall in the commercial capital Blantyre, where he presided over the University’s debut congregation, that all graduates in the country needed to live beyond their qualifications.

“[You] need to help in building the economy of the country by devising new ways of thinking that will promote the country’s economic growth.

“It is time for all college-educated people to place a high premium on integrity, discipline and hard work,” Chakwera said.

According Chakwera, UBS, which opened its doors in 2017 is Malawi’s strategic development partner as its programmes are aligned to the country’s aspirations as outlined in the Malawi2063 Agenda.

“Human capital development is crucial in industrialising Malawi and transforming it to a middle income economy,” he said.

University of Blantyre Synod currently has slightly over 80 students under its only two faculties of theology and commerce.

During the first congregation 18 graduated with a Master of Arts Degree in Theology.

Reverend Edna Navaya, the first ever female moderator of the Synod, was officially installed as Chancellor of the University.