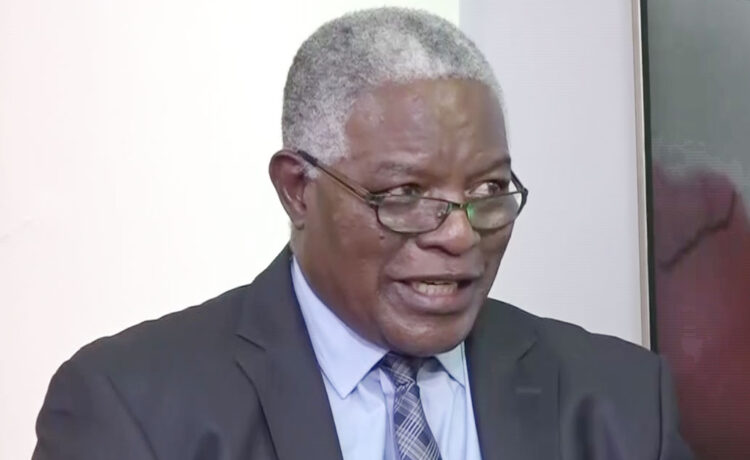 James Mpinganjira's dishonest doing landed his cousin, Thom Mpinganjira, into judicial cobweb that is set to send him to jail
0Share

In what superficially looks like a last-ditch attempt to reposition itself towards the imminent political parties’ indabas ahead of the 2025 General elections, the Democratic Progressive Party (DPP) has fired its Spokesperson Brown James Mpinganjira better known in politics as BJ, just over a month news about his sacking were rife on social media.

Mpinganjira, whose assumption of DPP’s spokesperson role was bequeathed on him under controversial circumstances that alienated its former Spokesperson Greiselder Jeffrey has been finally shed off the party’s rank in what insiders say is a dismissal for betraying his cousin Thom Mpinganjira who has been recently convicted on charges of attempting to bribe Constitutional Court judges.

It is alleged BJ, leveraging his alleged proximity to one of the judges who was on the five-member panel to hear the 2020 Constitutional Court case, was used by the DPP politburo to approach and convince the judges for a deal that was calculated to achieve a favourable disposition of the case. In pursuit of that scheme, BJ was allegedly given K125 million in two tranches of K85 million and later on K40 million to deliver to the judges.

It appears, however, that BJ was a man on his own mission calculated at fooling the DPP. He went back to his senders and reported that the money was delivered to the judges and that they have said a K100 million more should be added for them to share sufficiently.

Perhaps suspecting some foul play, or indeed out of abundance of caution, the DPP decided to use another agent to do the delivery. This time, the preferred agent was the source of the K100 million ‘parcel’ that was meant to be delivered as an extra to the judges – Thom Mpinganjira, the FDH Bank founder and owner.

That was when Mpinganjira met his fate, when he, according to Court testimonies on his case, called one of the judges and said: “achimwene, we heard kuti mwati kankhuku kaja kanachepa ndiye timati tikumane tiwonjezere”. The judge quizzed him on his remarks and that was when it was discovered that BJ never delivered the K125 million he claimed to have delivered let alone convincing the judge(s) on anything concerning the scheme.

But when Mpinganjira’s case was decided by the High Court on 10th September (last week), sympathisers of the convicted FDH Bank owner started raising fingers towards BJ, accusing him of being the cause of the flop in the scheme, thereby entrapping his cousin in the processes.

In the due course, BJ became accused of forming parallel structured as well as having intentions of joining forces with the ruling Malawi Congress Party (MCP). Following Mpinganjira’s conviction, the DPP’s patience to accommodate BJ got exhausted and opted to fire him.

In a statement dated September 19, 2021, signed by the DPP’s Administrative Secretary, Francis Mphepo, the party says it has now appointed Mr. Shadreck Namalomba to replace BJ.

The new mouthpiece for the DPP is a Member of Parliament (MP) for Mangochi West. He is also the Chairperson for the Parliamentary Public Appointments Committee (PAC). A Chattered Accountant by profession, Mr. Namalomba has, before representing Mangochi West, served at the Malawi Revenue Authority (MRA) as Deputy Commissioner responsible for Excise Tax.