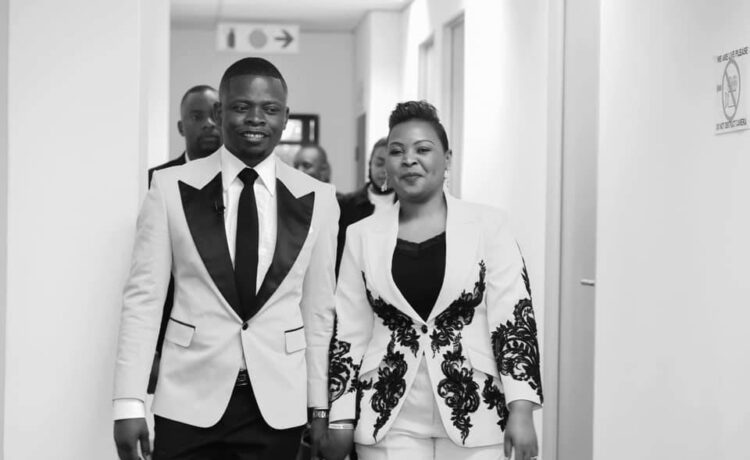 The “friendly but cautious” reception of international law in the jurisprudence of the South African Constitutional Court has transacted a significant test last week when the Concourt ruled that international law has no weight until it is domesticated by an Act of Parliament. The ruling that followed has left the controversial Malawi Prophet Shepherd Bushiri with all reasons to smile as his extradition case borders on international law.

After former South African President, Jacob Zuma, was sentenced to 15 months jail term and committed into custody on July 8, his lawyers filed an application challenging that the contempt of Court proceedings that yielded this conviction and sentence violated international law which South Africa is a signatory of. The Constitutional Court heard arguments on July 12 and reserved judgment.

The contempt of Court charges against Zuma came after his defiance of Constitutional Court order compelling him to attend Zondo Commission inquiry which was inquiring into state capture allegations that Zuma is being accused of along the Guptas.

In its quest to consider whether to rescind its order that imprisoned Zuma for contempt of court, the Constitutional Court requested, from both the State (who is the Respondent) and Zuma (the Applicant) to make fresh submissions on the role of international law in the case, and in relation to Zuma’s last-minute application for a rescission of the sentence (still to be decided).

Zuma’s lawyer, Dali Mpofu SC, argued that the Court’s apparent refusal to release Zuma pending its decision on whether to rescind its imprisonment order is an “egregious violation of international law”.

Zuma’s lawyers were referring to the UN International Covenant on Civil and Political Rights which they argued that it is critical when looking at the fair trial rights under the SA constitution; as well as the right not to be detained without trial. Section 39(1) of the South African constitution says that when interpreting the bill of rights, courts “must consider international law”.

In his submission, Zuma’s lawyer said the court was bound by the provisions of covenant, which was ratified by SA in 1998, and it was mandatory that the court consider it. One of the covenant’s provisions was that an imprisoned person is entitled to challenge his imprisonment in court and that this must be considered without delay. Democracy in Action is in agreement with Zuma’s lawyers that international law was violated in his jailing without a trial and the Concourt should correct that.

The advocate for the Commission, Tembeka Ngcukaitobi, poured scorn on Zuma’s arguments that the Constitutional Court had violated international law by finding him guilty of contempt of its ruling. The Helen Suzman Foundation was the last to file its papers and it laid out why it believes Zuma’s application should be dismissed. It said the process that led to Zuma’s sentencing to 15 months for contempt of court at the Estcourt Correction Centre was not a criminal trial where he was allowed to appeal in stages. The foundation was concerned that Zuma was still in an offensive mode against the court by claiming that its June 29 ruling was an “angry judgment which was ‘imposed in passion or pettiness’.”

“To say this about this court’s carefully reasoned judgment, which anxiously weighed the exceptional facts, our courts’ jurisprudence, the foundational values of our constitutional democracy, and Mr Zuma’s rights, including the countervailing points raised by the minority decision, is astounding. While depressing to read, it does have the benefit of clarifying – if any further clarification were needed – why this court must dismiss the rescission application. Even now, Mr Zuma’s written submissions are being used as a vehicle for continued attacks on the integrity and legitimacy of this court, and by implication, the very foundations of our constitutional democracy established on the rule of law,” the foundation argued.

The State Capture Commission, its chair Raymond Zondo, and the Council for the Advancement of the SA constitution say international law won’t help Jacob Zuma’s rescission application. The commission said the ICCPR was intended to prevent detentions which do not comply with the procedures laid down by the law. The commission said the ICCPR has no force of law in SA and does not directly bind SA when acting domestically. The main argument is that although ratified by South Africa, the concerned international law has not been domesticated into the local laws by an Act of Parliament.

“This is inapplicable here. A detention for contempt of court is part of our common law. The procedures followed in a detention for contempt of court are well known — they have received the (sanction) of constitutionality from this court and the Supreme Court of Appeal. It is relevant in interpreting the bill of rights, but it creates no self-standing rights and obligations, domestically. No one can approach a South African court alleging a breach of the ICCPR,” the commission said.

This relates to an ongoing case involving Shepherd Bushiri and his wife Mary who are fighting an extradition case against South Africa in Malawian Courts. The Bushiris are accused in a South African court of fraud and money laundering to the tune of R102-million. The charges are related to their controversial church, the Enlightened Christian Gathering.

The couple were out on bail and appear to have mysteriously escaped South Africa, contrary to their bail terms, while criminal proceedings against them are pending in court. Their escape to Malawi and the possibility of their extradition to South Africa have attracted much commentary in the media and on social media. The Bushiris’ possible extradition from Malawi has become a matter of international interest.

Lawyer representing the Bushiris has reportedly argued in Court that extradition treaty between Malawi and South Africa is not yet domesticated in Malawi, meaning it has not been welcomed by any Act of Parliament.

An extradition treaty between South Africa and Malawi is in force as per ratification, and is valid and binding on 14 states. The Southern African Development Community Protocol on Extradition (SADC Protocol) is that treaty. It is a multilateral treaty, meaning that multiple states, most of the states within SADC, are party to it, and have obligations and rights under it.

The treaty sets out in detail the requirements for requesting an extradition, some of which are noteworthy. The extradition request must be for an offence that is punishable with more than six months’ imprisonment. The conduct for which the person is sought must be a crime in both countries (this is known as double criminality). The requesting state must send a formal extradition request through diplomatic channels, attaching to that request various documents like an arrest warrant.

In South African domestic law, the Extradition Act 67 of 1962 governs all aspects of extradition requests South Africa receives. No specific legislation governs outgoing requests by South Africa. In many countries, including Malawi, the domestic process of extradition involves an arrest, an appearance before a judge or magistrate, and then a decision by the executive branch of the government whether to surrender the sought person.