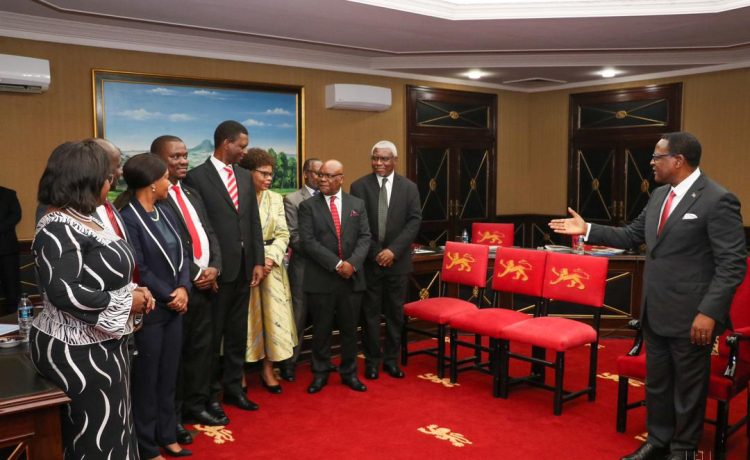 Martha Chizuma might be staying in office, as Anti-Corruption Bureau (ACB) Director General, on a borrowed time. Commission that was instituted to enquire into her dramatic arrest on 6th December 2022 has established that Chizuma conducted herself criminally and must face consequences. The ball is in the court of the President to throw.

Owing to her ‘impeccable track record’ during her time as the Ombudsman, the frenzied public estimated and hoped that Chizuma would make a tough hammer that would crack corruption, an expectation that is yet to be met.

Despite allegedly emerging third in an interview for the job, popular advocacy bullied the Parliament into submitting her name as recommended for the job. Just as controversial as she ascended to her position, her stay has been nothing short of controversy as is checked with a litany of confrontations between her office and office of the Director of Public Prosecution (the DPP) and the judiciary in some instances.

The confrontation with the DPP was particularly awful such that when she was arrested last December, all blame pointed to the DPP than to her alleged offence. Her alleged offence notwithstanding, her arrest raised wider public condemnation from both domestic and international stakeholders, leading into her immediate release from detention and withdrawal of charges that were leveled against her.

But the nation had to know the truth regarding to her arrest, a scenario that prompted the President, Dr. Lazarus Chakwera, to establish a Commission of Inquiry to dig and bare the truth. The Commission, which was given 14 working days to complete its task, has, since, submitted its report which has found professional wrongdoing and violation of law on the part of Chizuma around a leaked audio.

It is this leaked audio in which among a litany of accusations on diverse entities including the judiciary, Chizuma accused the DPP Kayuni of being corrupt. The Commission has since found, according to its released report, that “there exist reasonable grounds to suspect that the Director General of ACB committed offences” and has since recommended to the President that “appropriate action be taken to deal with the conduct of the Director General of ACB in so far as the leaked audio is concerned”.

The contents of the inquiry report further indicate that the DPP Kayuni, who is, until now, on suspension, has not escaped the fault-finding and condemnation of the Commission. Dr. Steven Kayuni has been faulted alongside the Malawi Police Service officers who participated in Chizuma’s arrest to have abused their offices.

In particular, the report establishes that Dr. Kayuni was not entitled to bring a personal complaint based on issues pertaining to his office as DPP and that “he demonstrated lack of sound judgement by prioritizing his self-interest over responsibility of his office in relation to the leaked audio”. The Commission has also recommended “that appropriate action be taken to deal with the conduct of the DPP”.

Prior to her arrest, social and general commentators including renowned Humphrey Mvula, Unandi Banda, think tank guru Ken Msonda and little known Lord Denning filed sentiments calling for Chizuma’s dismissal over law breaking and incompetency allegations. The findings of the released report by the Commission has squarely vindicated these commentators.