Chakwera, Who Has Been Recently Crowned as SADC Chair Demands Africa's Seats at the UN Security Council 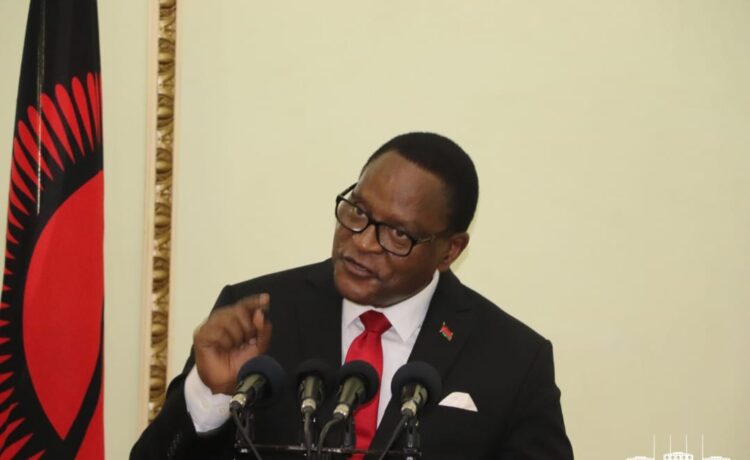 “Fulfil Your Pledge. Mind you, this is not a donation. This is a cleaning fee, because if you pollute the planet we all call home, it is only right that you should pay to clean it up” he said to the rich countries.
0Share

President Lazarus Chakwera has told the United Nations (UN) to reform itself as a starting point for creating an organization that is reflective of democratic values of accountability, transparency and equity.

Chakwera, who was addressing the 76th UN General Assembly underway in New York virtually from Malawi, was providing a solution to what he termed Governance Crisis at the UN.

“This need to work together, brings me to the fourth and final crisis confronting us: the UN Governance Crisis. In a world that needs multilateralism more than ever to tackle the global challenges we face, the United Nations is indispensable. As such, the UN must be the gold standard of democracy, accountability, transparency and equity. It is, therefore, our position that the starting point for creating a UN that reflects these values is three words: Reform this institution”, Chakwera said.

The Malawi’s sixth President hinted that one reform area that is urgently needed at the UN is in the Security Council. He called upon the UN to implement “the African Union’s Ezulwini Consensus, which demands two permanent seats for Africa, with veto power, on the UN Security Council and five non-permanent seats”.

“It is time for the United Nations to practice the democratic values it preaches. That is the UN we want for the millions of new-borns entering the troubled world we have created, because that is the UN they can trust to create a better world”, the Malawi leader argued.

More than 50 United Nations Member States, including Malawi, have never been Members of the Security Council. A State which is a Member of the United Nations but not of the Security Council may participate, without a vote, in its discussions when the Council considers that country’s interests are affected. Both Members and non-members of the United Nations, if they are parties to a dispute being considered by the Council, may be invited to take part, without a vote, in the Council’s discussions; the Council sets the conditions for participation by a non-member State.

Due to the global pandemic of Covid-19, the size of delegations allowed into the General Assembly Hall has been limited, and UN Member States were encouraged to provide pre-recorded statements in lieu of traveling to UN Headquarters. The Malawi President announced that he would not travel to New York citing other compelling duties back home as well as cutting on expenditure. Over 100 Heads of State or Government are expected to attend in person.

If you want to read the full statement delivered by President Chakwera, click here.

If you want to watch President Chakwera delivering his speech, click here.