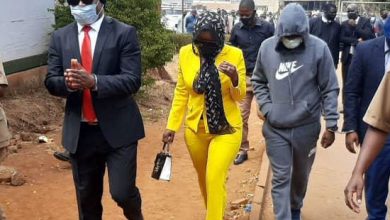 It has been a long and winding drifting of a court case involving a quasi-socialite popular figure, Dorothy Shonga, otherwise known as Cash Madam and his alleged business companion, Collins Magalasi, who reportedly blessed her with lucrative business deals at Malawi Energy Regulatory Authority (Mera) where he was CEO.

Shonga was arrested last year along with other Mera officials on charges of inducing the Mera internal procurement and disposal committee to approve fraudulent procurement of items from Vink Enterprise in 2019 and 2020.

The self-proclaimed Cash Madam has, since early last year along with her accomplices, been in and out of court to be processed on whether they have a case to answer on their allegations or not.

The Lilongwe Resident Magistrate Court has, today, found Shonga and two other Mera officials namely Patrick Maulidi and Bright Mbewe (all belonging to the Mera procurement department) with a case to answer pertaining to the accusations placed on their faces.

During one of the previous Court appearances which occurred on 5th May this year, the police prosecutor detailed the alleged fraud and money laundering accusations also leveled against Magalasi, and Shonga, revealing that their illicit transactions saw Magalasi, during his reign as the Executive Officer for Malawi Energy Regulatory Authority, defrauding the regulatory body of money amounting to K186,539,425.

A Police investigator, Ephraim Phiri, who was paraded by the state as a witness during the May hearing told the Chief Resident Magistrates Court in Lilongwe that Vink Enterprises which is co-owned by Collins Magalasi and Dorothy Shonga started supplying goods to MERA before being registered with the Public Procurement and Disposal of Assets Authority (PPDA).

Phiri who was the State’s last witness in the case, informed the court that although on paper the company appeared to be owned by Shonga and Viecca Paul, documents at the Registrar of Companies show that the firm is owned by Collins Magalasi and Dorothy Shonga with each partner having 50 percent shares.

He also revealed that Dorothy Shonga used a fake Turkish passport to open a Vink Enterprise account at CDH Bank saying the passport had the name Viecca Paul while at the bottom it had the name Paksul Murati.

Other vivid details revealed by Phiri were that Shonga once received a K40 million kwacha cheque from Mera as being payment of cloth and long and short sleeve shirts, which she took it to National Bank where she was given another bank certified cheque which she deposited at Vink Enterprise account held at CDH Bank.

According to Phiri, on April 8 2020, Shonga reportedly transferred K30 million to her account at Standard Bank as well as transferring cash amounting to K6 million to Collins Magalasi personal account.

On the same day investigations also revealed that she withdrew K13 million and deposited K11 million in Collins Magalasi account at National Bank of Malawi.

Shire Times understands that Shonga has, recently, been boasting to her colleagues that she managed to infiltrate the political system of the incumbent administration and that she would not be prosecuted in Court.

Whether her alleged confidence has, today, left her immensely shocked or not can only be a matter of simple estimation.