According to the University of Malawi Act, 2019, the University is mandated to establish schools thereby abolishing faculties that used to exist in the federal university. The establishment of the schools was accompanied by the appointment of executive Deans in an acting capacity.

According to the grounds for obtaining the injunction which Shire Times has seen, the students argue that “the impugned decision of the Defendant creating Schools in the University of Malawi and the subsequent appointment of five (5) Acting Executive Deans for the Schools is unlawful in that the said appointments contravene Sections 6 (c) and 11 (5) (a) of the University of Malawi Act as read together with Section 11 (1) of the Gender Equality Act 2013 because all the appointed Acting Executive Deans for the said Schools are males contrary to law.” Section 11(1) of the Gender Equality Act 2013 which the students say has been flouted stipulates that an appointing or recruiting authority in the public service shall appoint no less than forty percent and no more than sixty percent of either sex in any department in the public service.”

In reaction, the University of Malawi Registrar has released a memo informing the student community of the development further stating that they have instructed their legal counsel to challenge the injunction arguing that there is no mention of faculties in the new Act but schools. If they will be successful, it means the new schools which they have created will stand including the School of Law, Economics and Governance which will be a new home to the disgruntled law students who moved the courts to obtain the injunction in question. 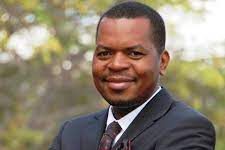