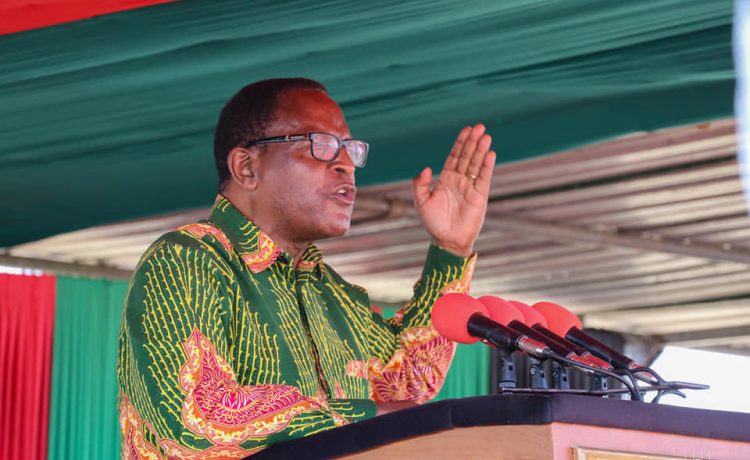 President Lazarus Chakwera on Wednesday hit back at sceptics propagating fears of a food crisis following tropical cyclones Ana and Gombe saying the country will have enough food.

“There will be enough food,” Chakwera said, appealing to propagandists not to create unnecessary fear amongst the citizenry.

He made the remarks at Mpinganjira Football Ground in Mangochi at the end of his two-day crop inspection tour in the southern and eastern regions.

“Although there is that projected drop, there is assurance of food security from some promising crops in various places across the country,” he said.

There have been growing concerns recently over the drop in projected food production following crop damage courtesy of the tropical cyclones earlier this year.

It is projected that the national food productivity is likely to be 14 %, lower than what was produced in 2019.

Malawi, according to analysts, may face faster-rising food prices after at least 77,532 hectares (191,586 acres) of crops such as corn, soybeans, groundnuts, tobacco, rice and cotton were washed away by Cyclone Ana last month.

Approximately 870,000 people were affected by the floods caused by the storm, almost 100,000 were displaced and 33 died, according to an assessment report by Malawi’s Department of Disaster Management Affairs that was submitted to President Lazarus Chakwera.