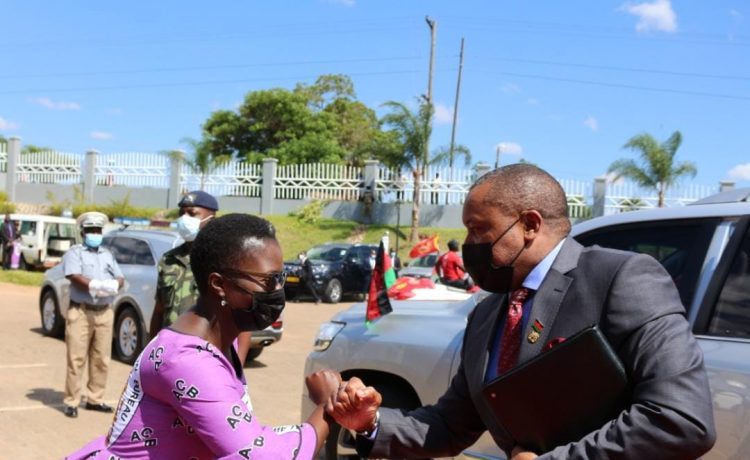 A Vocal social activist has taken a swipe at the Anti-Corruption Bureau (ACB) for taking long to interrogate, arrest and charge Vice President Saulos Klaus Chilima following revelations that he accepted kickbacks in return for government contracts.

Chilima was listed among the Malawi government officials receiving bribes from British-Malawian businessman Zuneth Abdul Rashid Sattar, according to the bureau’s findings given to President Lazarus Chakwera in June, a month after Britain’s National Crime Agency (NCA) investigation.

But a month down the line, Chilima is still walking free.

Reacting, one of the vocal social activists Rick Dzida has expressed disappointment at the ACB’s pace in handling the matter which very serious in nature considering that Chilima holds the position through public trust.

“Malawians are just wondering why the Vice President, Dr Saulos Chilima, has not been interrogated, arrested and charged by the Anti-Corruption Bureau (ACB) up to this time. It is no longer a secret that Dr. Saulos Chilima was mentioned in the National Crime Agency (NCA) in the United Kingdom and the ACB in Malawi over the allegations that he benefitted from Sattar dealings,” wrote Dzida on social media.

He argue further: “We were also told that 13 corruption cases have been extensively investigated. Why is it taking so long to interrogate, arrest and charge them? As long as these suspects are holding to their public positions, justice will be compromised because they will be sealing all the traces of their diabolical acts. Recently, we saw Hon. Dausi being arrested and charged. Why is it taking long to charge others too? Since everyone is equal before the law, we therefore condemn selective justice in strongest terms. Malawians are beginning to agree with President Chakwera that Ms. Martha Chizuma submitted to him a substandard report.”

His sentiments come at a time Malawians are demanding for appointment of a competent ACB director general, as they feel Chizuma is compromised and incompetent to handle the corruption cases.

Last month, Chakwera relieved Chilima of all delegated powers after the latter was named in the corruption scandal.

A probe into procurement fraud by the ACB concluded that 53 current and former public officers received money from Sattar between March and October 2021, Chakwera said.

Sattar is being investigated in Britain and Malawi on corruption, fraud and money-laundering charges.

According to Malawi’s constitution, Chakwera cannot suspend or remove Chilima because he is an elected official.