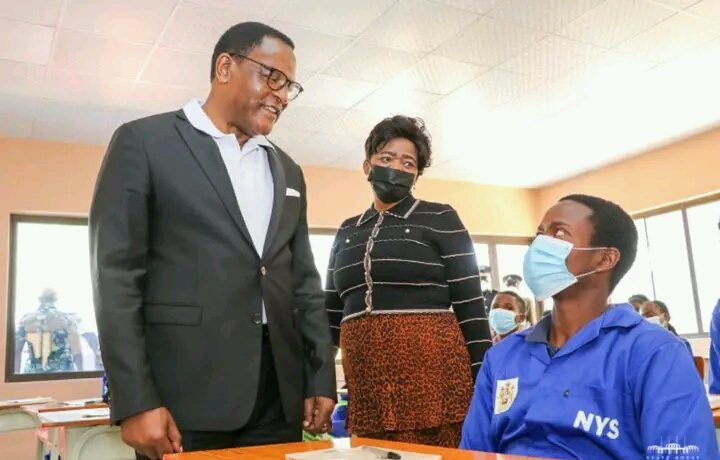 President Lazarus McCarthy Chakwera has touted the launched the National Youth Service (NYS) as a tool of making the youth champions of the country’s economic growth.

The President made the remarks at a Development rally which was held at Chikonde Primary School Ground in Neno after launch.

According to Chakwera, this is one of his major campaign promises as President and he is happy the it has been fulfilled.

“Not all young people can finish their education or get employed, but by giving them something else to do will make them productive.”

The President also noted that the Covid-19 pandemic has taught government how economic disruptions affect the youth due to loss of business leading to high unemployment levels and this is why the youth need to be empowered to be self reliant.

Speaking before the President, Minister of Youth and Sports Richard Chimwendo Banda said the National Youth Service will help ensure that all youths in the country have something beneficial to do.

He added that apart from training the youths with technical vocational skills, they will also be trained on how to do veterinary farming such as keeping chickens.

“The country has 19 million people half of which are the youth. Unemployment is one of the biggest challenges affecting the youth hence the National Youth Service will hep the youth to have something to do,” said Chimwendo Banda.

Meanwhile speaking on behalf of the youths in Neno district, Bright Khungwa called on President Dr Lazarus Chakwera to ensure that the National Economic Empowerment Fund (NEEF) should be given enough funding, so that a majority of youths in the country should benefit from the government loans.

“Most youths in the country have been given an opportunity to be trained in various vocational skills, but most of them lack capital to start their own businesses,” he said

He then commended the government for the initiative, saying it is a hope to most youths in the country.

As part of the launch, the launch, the President also visited Neno Integrated Youth Development Centre where he inspected an irrigation scheme, and ICT Centre, a tailoring room and an animal husbandry facility.

The facility will offer young people in the district the opportunity to receive training in horticulture, aquaculture and livestock development among others. 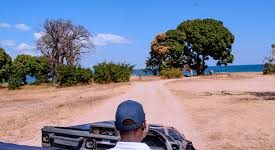