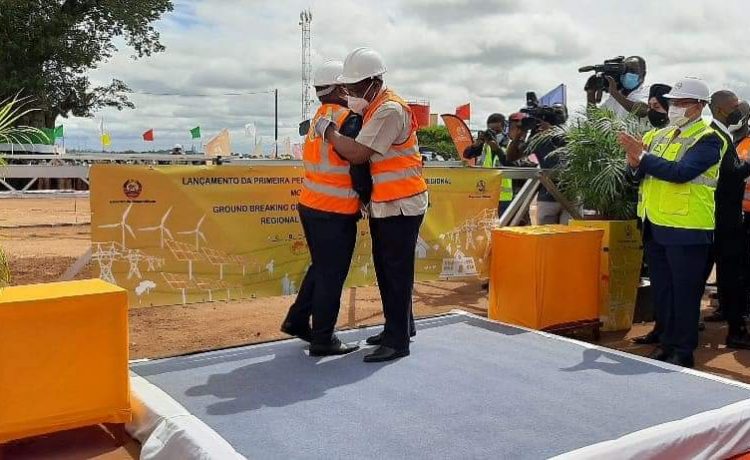 In recent years, Malawi has been suffering from a serious electricity deficit to meet the ever growing demand for reliable energy to boost its economic growth. To solve this problem, Malawi government has been looking at various ways in order to boost the electricity supply. It is in this background that Malawi and Mozambique leaders yesterday were doing a ground breaking at Matambo in Tete province of Mozambique which has the potential to be the power house of the Southern Africa Power Pool of which the Mozambique – Malawi Regional Interconnection Project is part of.

President Chakwera together with his Mozambique counterpart Felipe Nyusi presided over the ground breaking of the project which will connect to Malawi national grid at Phombeya in Chiradzulu.

In his remarks on the ground breaking of the project, Chakwera said this is a historic occasion because it establishes a reliable interconnection of power not only between the two countries but across the SADC region.

“The 400kV Mozambique – Malawi Transmission Line will create a link between the two countries to meet increasing electricity demand in Malawi and to create opportunities for trade in the Southern African Power Pool (SAPP).

“The transmission line is expected to enable initial supply of 50 megawatts of power from Mozambique to Malawi with room for us to get extra 60 megawatts upon further agreements between our respective power utility companies,” said the Malawi leader.

He added that the interconnection also comes at the right time after Malawi lost 129 megawatts from the grid due to damage caused by Cyclone Ana.

Recent studies have shown that Malawi’s power sector is one of the most severely constrained in sub-Saharan Africa – less than 10% of the population of 18 million connected to the electrical grid.

In addition for the 80% of the people living in rural areas, access to electricity is less than 1%.

The total installed capacity for power generation in the interconnected grid of Malawi operated by Electricity Supply Corporation of Malawi (ESCOM) is approximately 362 megawatts (MW), of which 351 MW is hydropower and 11 MW is reciprocal engines (diesel sets).

With the majority of Malawi’s hydropower generation derived from the Shire River located south of Lake Malawi, the hydrology of the river determines, to a great extent, the available output of electricity at any time.