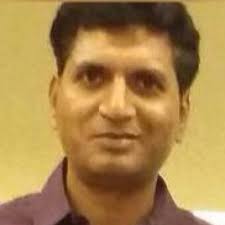 An application for writ of habeas corpus by Prakash Naidu, who is an employee of Zuneth Sattar’s Techno Brain, has been rejected by the Lilongwe High Court.

Habeas corpus is recourse in law through which a person can report an unlawful detention or imprisonment to a court and request that the court order the custodian of the person, usually a prison official, to bring the prisoner to court, to determine whether the detention is lawful.

Naidu’s application came after Government, through the office of Attorney General, had on 7th December 2021 terminated a passport contract with Techno Brain and issued a 30 days’ termination notice after which the latter had to handover all equipment and office space.

However, after observing non-compliance, the State agents descended on Naidu demanding a handover of the data centre for E-Passport under the contract. Naidu refused to cooperate and later in the evening, police officers raided Naidu’s residence situated at Area 9 in Lilongwe and sealed the promises from any exit or entry of anyone including Naidu who was at the house by the time.

According to the court document seen by Shire Times, Naidu argued that the State agents’ conduct meant that he was put on detention, imprisonment or house arrest.

His lawyers consequently sought the court’s intervention to compel the State to leave the premises and produce Naidu before a court of law where they intended to challenge that his purported house arrest was illegal.

But lawyer representing the State, Trevor Mphalale, quashed Prakash’s claim arguing Naidu was neither on detention nor house arrest.

The State emphasized that the police were only deployed at his house to monitor Naidu’s movements and secure him from fleeing the country since he was keeping keys to a room housing the main server of processing the passports, the Data Centre for E-Passports and the passport access server and that he was refusing to handover such keys.

The State further argued that since the matter was already in court as applied for by Naidu himself, taking the same matter to Court even for a different request amounted to duplication of action and abuse of court process.

Delivering its ruling on Tuesday, 18th January, the Court dismissed Naidu’s application on the basis that it amounted to abuse of court process since a case on the same facts involving the same parties was already in High Court.

“Before delving into the substantive question of whether to grant the Applicant the writ of habeas corpus as prayed for, it is appropariate to first consider whether the Application is an abuse of the court process as argued by the Respondent. In the event it is found to be so, it will have to be struck out for the Court has inherent jurisdiction to set aside or strike out proceedings that amount to abuse of its process,” reads the statement in part.

“I find that the Applicant has abused the process of the court and used the court machinery improperly. This cannot be allowed. The Application is therefore hereby struck oit in its entirety for being an abuse of the court process,” Judge Mtalimanja ruled.

In emphasizing its decision, the Court condemned  Naidu for  “throwing darts around…hoping that one will stick.”

In 2018, the then ruling President Peter Mutharika-led administration entered into an agreement with Techno Brain Global FZE to supply electronic passports and upgrade the passport issuance systems under Build Operate Transfer (BOT) model.

According to the contract, it was agreed that Techno Brain would fund all the initial processes including training, meetings, travels as well as production costs as regards deliverables for the printing of passports.

The contract worth 6.7 billion ($60m) was terminated unceremoniously following allegations of corruption.