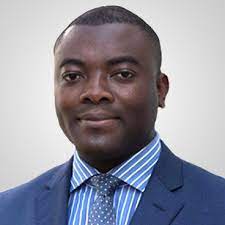 The office of Ombudsman has faulted the recruitment procedure of Export Development Fund (EDF) Chief Executive Officer Gerald Nsomba in 2020.

Ombudsman Grace Malera made the revelation today when she presented an investigation report and findings into the alleged unprocedural and irregular recruitment of the CEO in Lilongwe today Friday 1st April.

According to the findings, Malera said Nsomba did not meet the minimum requirement of possession of ‘at least a master’s degree in Economics, Finance or Banking as he only possessed a Bachelor’s Degree in Business Administration obtained at Mubas (formerly Malawi Polytechnic), and a Post-Graduate Diploma in Trade Policy and Trade Law.

“I make a finding that the board of EDF procedurally transacted the business pertaining to the proposal for EDF to make a job re-offer to Nsomba.

“More importantly, the board of EDF acted unreasonably by making a job offer to a candidate in 2020, on the basis of interviews that the board had administered in 2017,” She said.

Among other things the findings also revealed that Nsomba, who has since resigned as EDF CEO, was on position four after interviews in 2017 with the first and second placed candidates declining the offer because of the remuneration package that was being offered.

Nsomba also rejected the first offer but accepted the reoffer after the EDF Board reviewed its remuneration package.

The Ombudsman conducted the investigations after some ‘Concerned Members of Staff’ at Reserve Bank of Malawi wrote a letter on 31 August, 2021 and addressed to the Ombudsman raising concerns of maladministration in the recruitment of Nsomba as CEO of EDF.

EDF is a national development finance institution set up by RBM, in collaboration with the government, to support growth and diversification of the country’s exports.