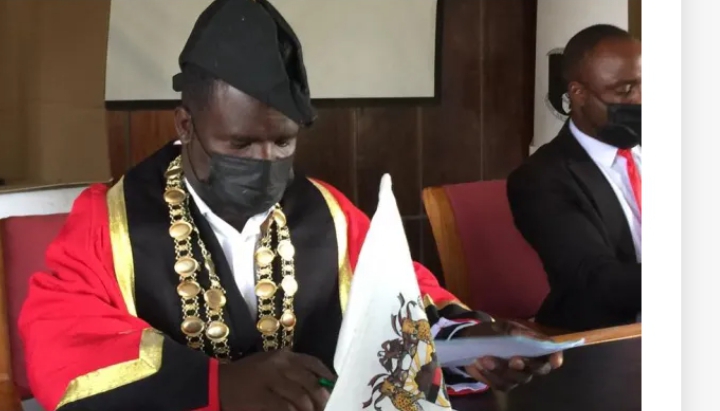 Nyirenda, who was deputy mayor for the city since 2019, has won the seat together with Councillor Tony Mwenetete of Mzirawaingwe Ward, who will be his deputy.

The two were elected during a full council meeting that took place at Mzuzu Civic office on Friday.

While accepting his election as a full mayor, Nyirenda said his primary goals will be to develop Mzuzu City and to fight crimes so as to make it conducive for both residence and business activities.

Nyirenda said: “Sometimes when you are a leader, if you like, you can do it on your own. But it’s not like that. You talk to someone, you talk to a certain organisation, you talk to stakeholders; they give some ideas that you can use as a council, then you run the council.”

Commenting on the results of the election, Malawi Local Government Association (Malga) Executive Director, Harold Mkandawire, said he was satisfied with the same, saying they were both fair and free.

“We are delighted and we would like to commend Mzuzu City Council for conducting an orderly and peaceful election. We could see that even the ones who lost the election have conceded defeat and congratulated the winner,” said Mkandawire.

Nyirenda, a Malawi Congress Party (MCP) member defeated his former boss, Nyasulu, by a wider margin by scooping 11 votes out of 16, while Nyasulu of UTM got 4 votes.

Elections of similar nature are slated to take place in Lilongwe and Blantyre Cities on December 22, 2021 and 22 January, 2022 respectively.