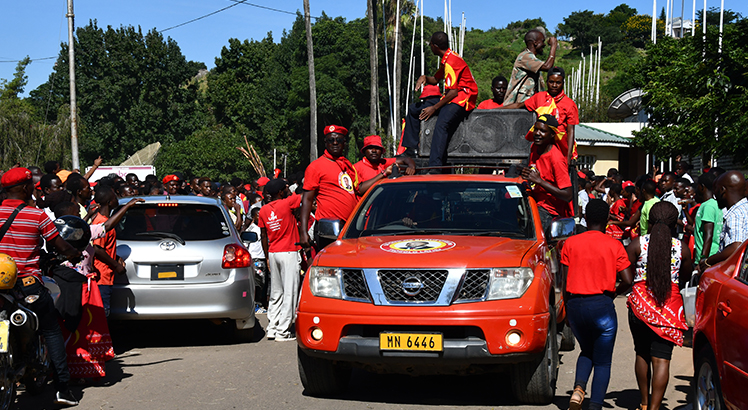 UTM supporters on party vehicle during the 2019 election campaign
0Share

UTM is under pressure to explain its source of funds after one of the concerned citizens, Gosten Chinseu, who petitioned the Anti-Corruption Bureau (ACB) on the same has also taken the matter Malawi Revenue Authority.

UTM, which in the previous campaign leaned heavily on people like Richard Makondi, now lacks a clear source of support while accruing unfathomable wealth.

Chinseu writes to MRA on May 13, 2022, requesting information on how much tax UTM and claimed vehicle buyer Khwesi Msusa paid to MRA from the income that prompted the purchase of the vehicles.

“This purchase, therefore, raises serious doubts first on how the party gets funding to buy such assets and secondly, if the source of their money is taxed adequately by the Malawi Revenue Authority.

“They, being a political party that does not receive any known funding in Parliament owing to their numbers, have not yet declared to the public if they earn money from any profit making undertaking,” reads the letter as quoted by The Nation Newspaper.

Adds the letter: “I am of the view that their assets and source of funding must be investigated exhaustively to ascertain whether they are paying the right taxes considerate to their venture.”

Last week, the ACB said it is examining queries from a private citizen who has questioned the source of funding for 44 new vehicles he claims UTM Party has acquired through Khwesi Msusa, a contractor and an alleged sympathiser of the party.

ACB director general Martha Chizuma said in an interview that the bureau is screening two complaints from one individual regarding UTM vehicles.