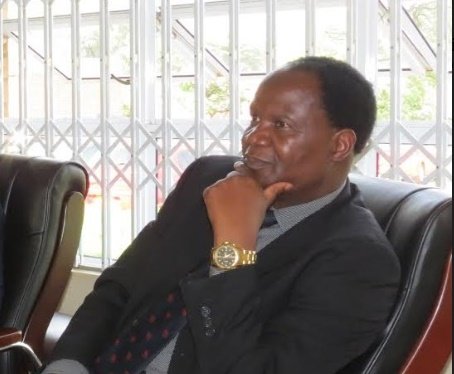 The Legal Affairs Committee of Parliament yesterday said it would push for an amendment of the law to remove the requirement for ACB to seek consent from the Director of Public Prosecutions (DPP) to prosecute cases.

But while the Malawi Law Society (MLS) yesterday indicated that it supported the idea of making the ACB more independent on prosecution, four of the country’s leafing legal experts warned against tampering with the provision that checks the bureau on prosecutorial decisions. Questions

Speaking at a press conference in Lilongwe, the committee’s chairperson Peter Dimba said they made the resolution after meetings with DPP Steve Kayuni and ACB director general Martha Chizuma over the decision by Kayuni to pend consent for the ACB to prosecute Ashok Nair until the bureau furnishes the top prosecutor with more information.

Nair was last month arrested by the ACB, which alongside the United Kingdom’s National Crimes Agency is investigating alleged corruption by businessperson Zuneth Sattar.

Dimba said: “Having listened to both the DPP and the ACB director general and having further appreciated the circumstances concerning the granting of consent in the Ashok Nair case and other cases which the bureau is handling, the committee is of the opinion that Section 42 of the Corrupt Practices Act (CPA) is an unnecessary hurdle and interferes with the independence of the ACB in the prosecution of cases.

He said the committee also noted the various challenges the ACB is experiencing, including erratic funding due to problems with the Integrated Finance Management Information System (Ifmis) and inadequate security for its officers. He promised to push for more funding.

In an interview, Malawi Law Society (MLS president Patrick Mpaka backed, albeit with caution, the Legal Affairs Committee proposal, saying the amendment would invigorate the fight against corruption and l accord real independence to the ACB.

Mpaka said: “The position is so because in effect Section 42 [which requires consent from the DPP] takes away with one hand what Section 4(3) gave to the bureau [i.e exercise of powers and functions independent of the direction of any person or authority]. Anti-corruption law is unique and must be so treated if it’s to attain its purpose.

“It would, however, still be advisable to make a comprehensive and holistic amendment through the lawful processes and the appropriate institutions for initiating amendments to laws looking at how the proposed change could relate with and affect existing legal frameworks under the general criminal law.”

Nyasulu, who once served as Director of Public Prosecutions and also worked with ACB, urged the committee to be spending its energies on fostering coordination between government institutions instead of fueling divisions and promoting work in silos.

He said: “The fight against corruption needs coordination. Amending Section 42 or even removing it entirely serves little purpose as it would not remove the DPP oversight for criminal prosecution under the Constitution or the Criminal Procedure and Evidence Code.

“It would create enormous hurdles for the ACB where its investigations reveal offences other than corrupt practices, which is very, very often.”

“It is not looking at principles and technical issues that go with these things in terms of the future because if you do not have the current DG in position, and you have one that is bent on impunity then you are into problems,” said the academic.

On his part, private practice lawyer, who is also dean of law school at Catholic University of Malawi John-Gift Mwakhwawa, said it would be dangerous to have two prosecutorial authorities that operate without regard to each other.

First reported on The Nation.