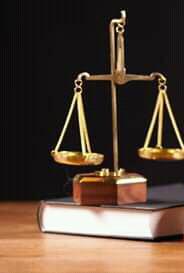 0Share
A 48 year- old man Dickson Dinnes from Mazeze Village, in the area of Traditional Authority Nankumba in Mangochi,  has been convicted and sentenced to 21 years imprisonment with hard labour for defiling and impregnating his 15-year-old step daughter.

The judgement was made at Mangochi Senior Resident Magistrate Court sitting at Ngapani on Tuesday, November 23rd, 2021.

State Prosecutor, Inspector Amos Mwase told the court that the convict who is a herbalist and step-father to the victim found her as the fourth child from the previous relationship when he married her mother in 2014 and in June this year, he ( Convict) forced himself on the victim when his wife went out for prayers.

He then threatened the victim that she will die a mysteriously if she dared revealing the ordeal upon reaching the point that the act became a habit of the accused person until the victim confided in her neighbour after discovering that she was pregnant.

She then warned her neighbour not to reveal the ordeal to her mother but the neighbour alerted her mother who reported the issue at Ngapani Police Unit where she was issued with a referral letter and the results from Ngapani health center confirmed about the pregnancy.

In mitigation, Dinnes asked for the court’s leniency citing that he is a breadwinner for his family to the disagreement of Prosecutor Mwase who prayed for a stiffer sentence citing that as a parent,  the accused person was supposed to protect the girl as a daughter instead of exploiting her as he added that the accused inflicted a serious invasion to the victim and the pregnancy has compromised her education.

Senior Resident Magistrate Rodrick Michongwe concurred with the state when passing judgement, hence the 21-year sentence to serve as a lesson to other would be offenders.