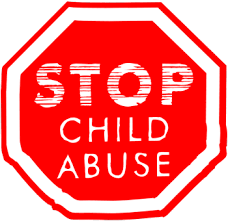 To show their displeasure, the University of Malawi Child Rights Legal Clinic will organize protests on Tuesday next week, starting from Njewa Village on the outskirts of Lilongwe and ending at the Chinese Embassy in Lilongwe, over a racist video in which a Chinese national identified as Lu Ke forced Malawian children to use demeaning and racist words.

The Child Rights Legal Clinic, in a statement signed by the new president Comfort Mankhwazi and outgoing president Bettie Mlauzi, condemns the racist insults in the video.

“The Child Rights Clinic in the University of Malawi’s Faculty of Law is disgusted and angry with the racist exploitation, abuse of poor children by certain Chinese nationals,” in part reads the statement.

“The Child Rights Clinic notes that both the States of China and Malawi are parties to the Convention on the Rights of the Child which binds them to cooperate against the abuse and exploitation of children. The acts depicted in the video reveal a violation of Malawi’s Constitution which in sections 19(1) and 23(5) enshrines the dignity of everyone and protection from “economic exploitation or any treatment, work or punishment that is, or is likely to be hazardous, interfere with their education or be harmful to their health or their physical, mental or spiritual or social development.”

The statement further notes that  “the exploitative acts to sell such videos online for as much as $10 is equally a darkly and reprehensible violation of the rights to dignity, not to be exploited, not to be abuse, and education of not only the children whose images are in the videos but all Malawian children.”

The students stated that they expect the Malawian government to ensure that, in accordance with its obligations under the Convention on the Rights of the Child and its own laws, the Chinese government takes steps to repair the harm done to the children in the video and commits that its citizens will not engage in such racist, exploitative, and degrading actions against Malawian children.

“To underline our resolve, we will from 09:00 on Tuesday 21 June 2022 march from Njewa Village, one area whose children have been exploited and abused by the Chinese nationals. The protest march will join the M12 road and proceed to the Chinese Embassy in Lilongwe via Kenyatta Road and Presidential Way.”

The film in issue was revealed in a BBC Africa Eye Investigation programme exposé, in which the children were forced to read Chinese phrases such as “I am a black monster!” My IQ is low”.

Lu Ke was making 380 videos a day and earning roughly K77 million, while the youngsters in his videos were paid less than $1, according to BBC journalist Runako Celina and Malawian journalist Henry Mhango.

Meanwhile, the Chinese Embassy in Malawi has issued a brief statement on Twitter stating that the Chinese government has zero-tolerance for bigotry.

“We strongly condemn racism in any form, by anyone or happening anywhere.

“In the past years China has been cracking down on such unlawful online acts and achieved tangible results. We will work with the Malawi side and see to it that this issue be properly addressed, “reads part of the statement.