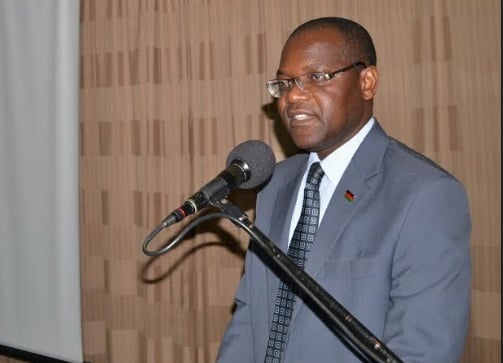 BLANTYRE-As the embattled President Peter Mutharika of the Democratic Progressive Party (DPP) is continuing fraudulent attacks against the reality of his election loss in the 2020 Fresh Presidential Election, the party’s lawyer and former Minister of Justice, Samuel Tembenu, has predicted endless defeats unless internal wrangles are resolved.

Tembenu was commenting on the results of the by-elections in which DPP has performed dismally.

He argues that the ongoing infighting and public rift will open the door to further gains by the governing Malawi Congress Party (MCP).

Tembenu, who is representing the DPP in the Constitutional Case number 3 of 2021 alongside the former Attorney General, Charles Mhango, says a party in crisis cannot win an election.

“Loss in bye elections is just a symptom. Stop crying please. A Party in crisis like ours is burying it’s head in the sand and hoping, foolishly I suppose, that its problems will go away or disappear just like that.

“Confront the problems and resolve them. Name calling and bad mouthing each other just compounds the problem. The whole idea of participating in bye-elections when we are in such disarray seems laughable at best,” wrote Tembenu on social media.

Stressing his point, Tembenu likens DPP to a baby who is suffering from kwashiorkor or marasmus and “needs to be nourished first before being sent out to school or allowed to play with his or her peers” to avoid shame.

He has further emphasized that DPP followers and officials should “stop worrying about the loss” as it was clear that the party would perform poorly considering the political mayhem that has rocked the former governing party.

Tembenu has challenged gossipers in the party to forward his message to the authorities saying “there is a serious crisis that needs to be resolved.”

Apparently responding to those who might question his resort to speak in public, Tembenu said “We have spoken about these things in private but nothing seems to work. We need decisive and resolute leadership now. As things are now, I agree, we are moving like a radarless aeroplane. These things have to be said openly and without fear.”

Samuel Tembenu served as Minister of Justice and Constitutional Affairs in the DPP led administration.