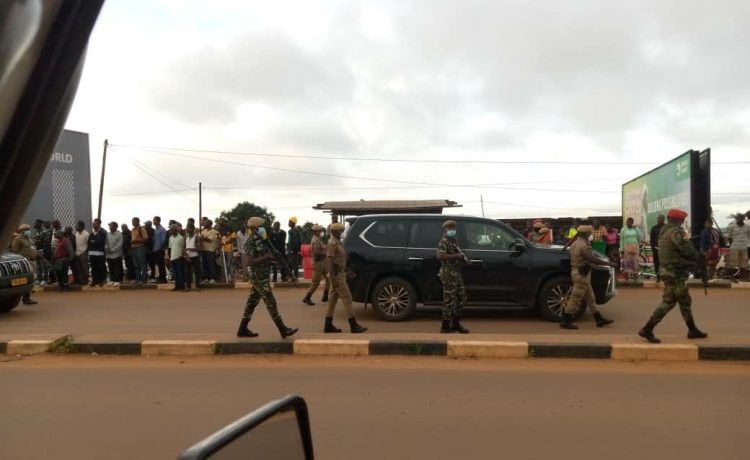 President Lazarus Chakwera has landed in the northern city of Mzuzu ahead of this year’s Martyrs Day commemorations in Nkhata Bay District tomorrow, 3rd March 2022.

This comes after the government officially declared the 3rd March Martyrs Day as a national event.

Writing on his official facebook page about the visit to the North, President Chakwera said he will also carry out some official assignments like engaging various groups and individuals to align on the progress of the many projects and programmes the Tonse administration is undertaking in the region.

The Malawi leader wrote: “I am in the Northern Region to carry out some official assignments including the commemoration ceremony of Martyrs’ Day tomorrow in Nkhatabay District.

“While here, I will also engage various groups and individuals to align on the progress of the many projects and programmes the Tonse administration is undertaking in the region.

“These deliberations will help us highlight prospects of the Northern Region as a key destination to Malawi’s socio-economic transformation due to its untapped potential in Tourism, Agriculture, Mining and Culture. My administration reasserts our commitment to transforming this region and making it a focal point of our drive in inclusive wealth creation.”

This day honors the political heroes who gave their lives in the struggle against British colonialism.

Usually the day was organised by the Nkhata Bay district executive committee annually with little or no resources allocated to the day by recent past administrations.

The event will be observed with prayers, a Malawi Defense Force Parade and laying of wreaths.