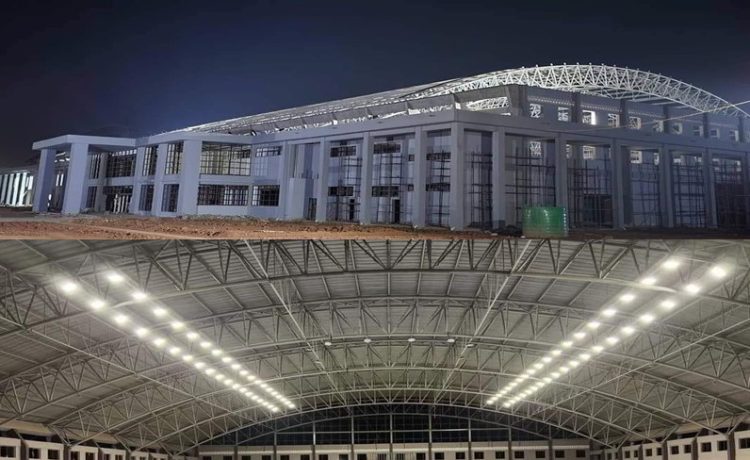 The launch ticked on one of president Chakwera’s campaign manifesto commitment areas. In his 2019 manifesto which is subsisting his leadership, President Lazarus Chakwera and the Malawi Congress Party (MCP) pledged to build state-of-the-art netball sports infrastructure to recognize and honour consistent outstanding performance of Malawi’s netball team – The Queens, across the African continent.

Planted at page 8 of the MCP manifesto, the promise specifically stated that on social development front, the MCP-led government would, among others, “construct a state-of-the-art national netball complex capable of hosting international competitions to fast tract our 10-year goal to become the number one netballing country in the world.”

In delivering on this seemingly ambitious promise, the Chakwera led-government initiated and launched the construction of Griffin Saenda Sports Complex in Lilongwe which is in its final phase of landscaping finishes and infrastructure-integral and utilities installations before the contractor hands the project over to government.

One of the fierce critics of the Chakwera administration, Onjezani Kenani, has been left admiring the resolve and vision of President Chakwera by writing on his twitter account: “The Griffin Saenda Sports Complex. This looks great. Thanks to the wise and dynamic leadership of President Lazarus Chakwera whose vision is transforming the country.

Other promises bundled under social development commitment include (1) ending abductions and killings of people living with albinism; (2) abolishing discriminatory quota system of selecting students to secondary and tertiary education institutions; (3) re-introducing Junior Certificate of Education (JCE); (4) Enforcing and promoting Gender Equality Act in respect of recruitment in public service; (5) establishing National Truth and Reconciliation Commission to chart a united Malawi over historical wounds, among others, all of which have been fulfilled within his 2 years of State leadership.

A trail of other infrastructure developments which include buildings and road infrastructures is also accentuating the legacy of Chakwera administration across the country.