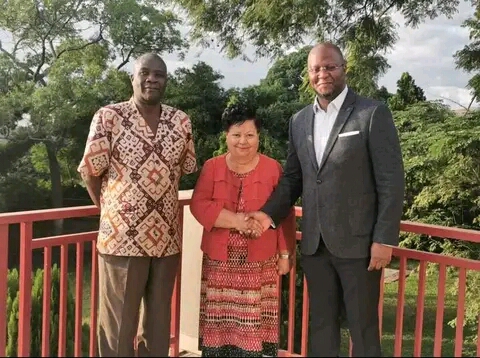 United Democratic Front (UDF) President Atupele Muluzi has today announced that he is quitting active politics and stepping down as President of the party.

According to a letter by Muluzi addressed to the party’s General Secretary, Kandi Padambo, the reason to step back is that he wants to concentrate on businesses and has since appointed Lillian Patel as acting President for UDF.

In the letter, Muluzi says he has appointed Patel with powers bestowed on him by the party’s constitution and she will serve in an acting capacity until a national convention is held to elect his permanent successor.

“I am truly grateful to the entire UDF family for the amazing confidence and support given to me over the 18 years I have served in politics,” said Muluzi.

Recently, Atupele Muluzi was running mate to erstwhile President of Malawi Arthur Peter Mutharika when they lost the fresh presidential election in 2020 under the Democratic Progressive Party, DPP-UDF Alliance.

In the 1990s, the UDF and the AFORD party, led by Chakufwa Chihana, were essential in ushering in democracy.

Under the leadership of the sons Atupele Muluzi (UDF) and Enock Chihana (AFORD), both UDF and AFORD have been fading away.

It is yet to be seen whether the UDF party will be resurrected under new leadership that is not from the Muluzi family.