The Attorney General (AG) Thabo Chakaka Nyirenda has urged government ministries and departments to give preference to Malawian firms as Ministry of Justice is finalizing the regulations.

The Public Procurement and Disposal of Assets Act, enacted three years ago, requires that 60 percent of procurement be awarded to local businesses.

Section 10 of the PPDA Act reads in part: “A procuring entity shall ensure prioritisation of all bids submitted to give preference to 60 percent indigenous black Malawians and 40 percent others for national competitive bidding”.

However, for this provision to be operationalised there is need for regulations, which are currently at Ministry of Justice and Constitutional Affairs for vetting.

Speaking to The Nation on Monday, Chakaka Nyirenda said even in the absence of the regulations, PPDA is at liberty to provide directions to ministries, departments and agencies (MDAs) to ensure that they give the required preference to Malawian firms.

The AG said after termination of the $60 million (about K47.4 billion) contract between Technobrain and the Department of Immigration and Citizenship Services, he has advised the PPDA to ensure that the new passport deal favours local firms to keep up with the provision of the law.

“I had a meeting with PPDA and we have agreed that the Technobrain [passport] contract will be advertised and it has to be strictly for Malawians and if it is given to an international bidder, they have to partner with a Malawian firm.

“That is the direction we are taking to ensure that Malawians fully benefit from public contracts,” Chakaka said as quoted by the local paper.

Apart from the AG expressing interest to ensure that indigenous black Malawians get a large share of public procurement, President Lazarus Chakwera in March this year, also appealed to MDAs to see to it that small and medium enterprises are benefiting from public contracts.

He said it was the desire of his administration to break what he called ‘a stupid monopoly where a few individuals monopolised public contracts.’

On August 17, 2021 Secretary to President and Cabinet ZangaZanga Chikhosi issued a circular to all MDAs as a follow up on the earlier presidential directive advising controlling officers to give preference to indigenous black Malawians in all procurements under national competitive bidding and request for quotations. 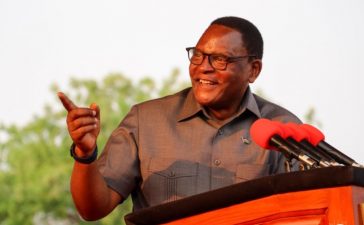