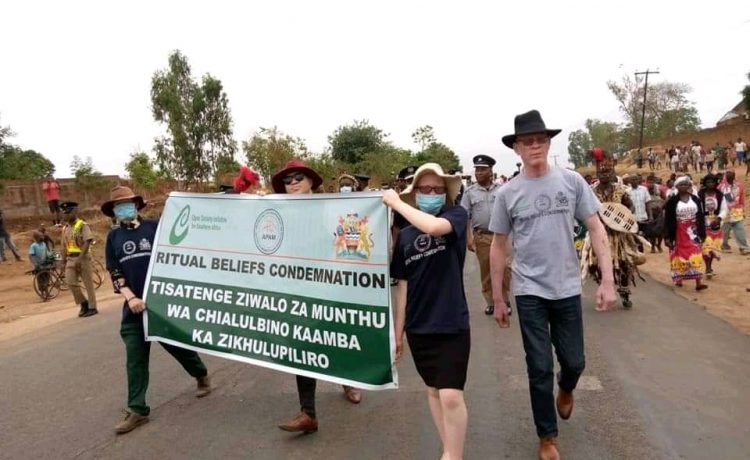 APAM members during one of their awareness marches
0Share

Lack of awareness has been attributed to the continuing attacks on people with albinism in the country.

Chairperson for the Association of Persons with Albinism in Malawi (APAM) for Ntcheu District, Precious Kapenuka, made the remarks at Chigodi and Sanjani Primary School grounds in the area of Traditional Authorities (TA) Chakhumbira and Ganya respectively as part of awareness under a project dubbed Cultivating an Environment for the Promotion and Protection of the Rights of People with Albinism in Malawi (CEPPAM).

“Lack of adequate awareness is one of the major challenges affecting the efforts to protect people with albinism in the communities.

“If people have the right information issues of abuse, harassment and threats would be reduced,” he said.

On his part, Senior Assistant Social Welfare Officer for the district Mike Makalande urged the citizenry to respect the rights of people with albinism.

Ntcheu Police Victim Support Unit Officer, John Nyasosela urged members of the community to report all perpetrators of abuse of people with albinism to relevant authorities including the police saying if perpetrators are found they would face the law accordingly.

Group Village Headman (GVH) Chipojola assured stakeholders that chiefs would take sensitization awareness across all the surrounding the communities.

The project is being funded by the European Union (EU) through the Christian Blind Mission (CBM).