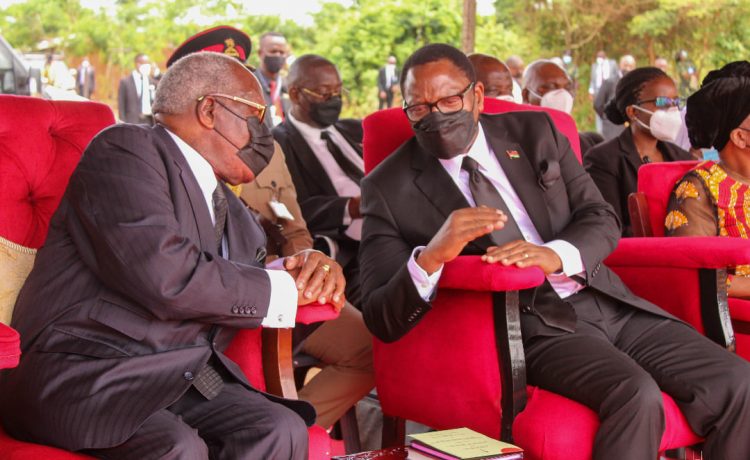 President Lazarus Chakwera joined hundreds of those that attended the funeral service at Msinja Ground and speaking on his behalf, deputy defence minister Jean Sendeza, described Annie as a down-to-earth personality whose wish was always to see “peace and unity.”

Said Sendeza: “The President is very saddened to have lost such a formidable woman. She was exemplary and humble – a virtue all Malawian women must embrace.

“Madame Annie was also hardworking, especially at a time when the country was transitioning from the one-party era to multiparty. She supported her husband.”

Sendeza said by the fact that people from different political parties were all present during her funeral meant that she was herself a uniting figure in all aspects.

“I know we differ on so many issues out there especially on political reasons. And, I know we will do once this is over. But we have forgotten all that and are here together because the late First Lady laughed with everyone regardless of whatsoever,” she said.

Callista Mutharika, late Bingu wa Mutharika’s widow who spoke on behalf of other former first ladies, said Annie imbued in many the virtue of being “obedient to one’s husband.”