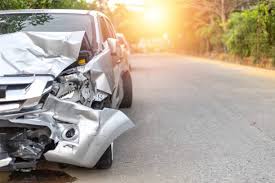 Three people have died while one has sustained various degrees of injuries in a road accident at Kanzingeni village along the Balaka – Ntcheu M1 road.

The deceased have been identified as Magret Mtimoni, 18 and Thoko Matewere 18, both from Eneya village , and 25 year old Bright Kaliati of Kandota village, all from Traditional Authority Kwataine, Ntcheu.

It is reported that Nawazi Mogra was driving a motor vehicle Isuzu KB double cabin registration number MAMARO 2 coming from the direction of Balaka heading Ntcheu with three passengers on board. Upon arrival at Kanzingeni village, due to over speeding, he lost control of the motor vehicle and it swerved from the road to the offside far extreme where it hit a tree.

Following the impact, three passengers were pronounced dead upon arrival at Ntcheu District Hospital, where the driver is receiving treatment.
So far, the dead bodies have been identified by their relatives.
Meanwhile, police in the district is advising all road users to adhere to road rules and regulations to avoid similar occurrences.