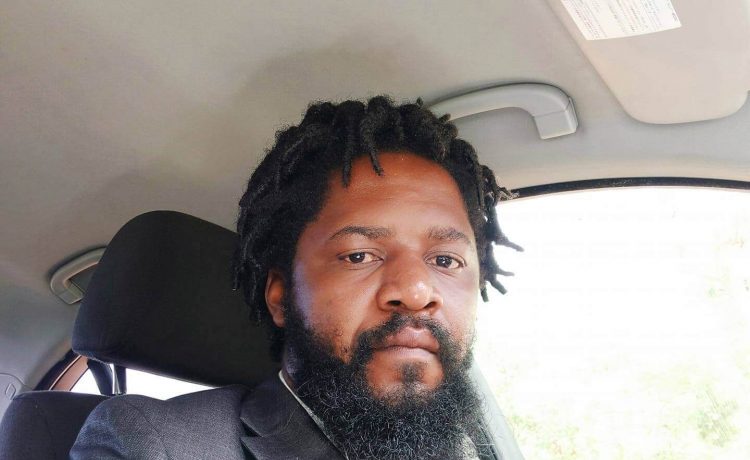 The debate on whether the country’s Vice President Saulos Klaus Chilima is eligible or not to vie for top seat in 2025 elections has resurfaced following University of London law student’s ‘brutal’ legal opinion.

Prince Stevens, whose real name is Steven Thengo according to Shire Times findings, wrote on his facebook page on Monday saying that it is a forgone conclusion that Chilima will not be allowed to appear on the ballot in 2025.

“Kodi izizi zomati Saulos Chilima adzayimire u President in 2025 anthu mukumazitenga kuti?(where do you get the idea that Saulos Chilima will vie for the presidency in 2025?? Under which constitution? Constitution yake ya Malawi yomweyi kapena pali ina yomwe sitikuidziwa enafe?(The same Constitution of Malawi or there is another one that we do not know about the rest of us?).  “A maximum of two consecutive terms…” means just that. A maximum of two consecutive terms. It is not an open textured provision in the Constitution to admit of varying judicial interpretations. The thinking that Chilima is relevant on the ballot beyond 2025 should be abandoned at a very first opportunity,” he wrote.

Just few minutes after posting, he attracted more than 100 comments and others shared it to different social media platforms where UTM fanatics had no kind words for the legal scholar, who also holds a bachelor’s degree in information science from Mzuzu University, Master’s degree from the University of Malawi and a diploma from Malawi University of Business and Applied Sciences (MUBAS).

However, the majority agreed with him in totality with many of them citing the State vs Bakili Muluzi case of 2009 in which the former President wanted the court to quash the determination of the Malawi Electoral Commission prohibiting him from contesting in the presidential elections after serving two consecutive terms, from 1994 to 2004.

According to the 2009 judicial review ruling, the Constitution limits the President as well as first and second-vice-presidents to serve only two five-year consecutive terms.

Delivering their judgment, the three judges, Edward Twea, Healey Potani and Michael Mtambo, who took substantial time to interpret tenure of office in the presidency, said the Constitution limits the terms that a person who has served a term as “President, First Vice- President or Second Vice-President, to a maximum of two consecutive terms.”

“This, in effect, would have permitted a person to serve the presidency for 30 years or more. In this respect the phrase: “in their respective capacities,” bars an officer even when he changes capacity between the offices. Section 83(4) of the Constitution clearly demonstrates this, as we have seen earlier,” reads the judgment in part.

The learned judges proceeded to say that allowing such a person to vie for office of the President, he could be in the presidency for many more years, a situation the court believed was not the spirit of the framers of the Constitution.

Muluzi had wanted to run for a third term after a five-year period break as President, having served two five-year consecutive terms earlier, from 1994 to 2004.

Read the judgment on the following link: https://malawilii.org/mw/judgment/high-court-general-division/2009/13

Responding to local media’s questions on the same soon after Tonse Alliance’s victory in fresh presidential election, Malawi Law Society (MLS) said the 2009 judgment speaks for itself and is a binding one that settles the legal position as stipulated in the Constitution unless reversed by the Supreme Court or departed from by another High Court.

“This judgement is dated 16th May 2009 and cannot be appealed from now by the parties, let alone by Dr. Saulos K. Chilima who was not a party to the case. So the option of appealing this decision is out of question and MLS wouldn’t recommend a constitutional amendment just to suit a particular individual,” said MLS secretary Martha Kaukonde as quoted by The Nation. https://www.mwnation.com/ruling-stands-in-way-of-chilima/.

MLS said if, in spite of this clear judicial guidance, Chilima holds ambitions to contest for presidency, it would be advisable for him to take up a case in court and see if the Judiciary will change its mind on the matter and give a different interpretation to the provisions which were already interpreted in this judgement.

“Bringing up a new case would be against the constitutional provisions and not the judgement,” Kaukonde said.

Apart from the law standing in Chilima’s way, there have been heightening disagreements between MCP and UTM Party media teams on who would be Tonse Alliance torchbearer in the next elections.

Apparently, rumour has been rife that prior to their scheme to dislodge the former governing Democratic Progressive Party (DPP), the two had agreed that Chakwera would rule for one five-year term and then Chilima would take over.