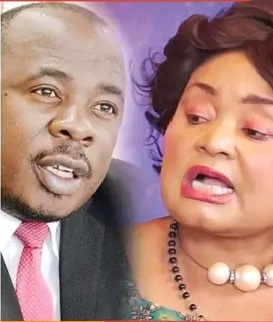 Following the arrest of Vice President Saulos Chilima and the subsequent strange behavior by a handful of UTM lawmakers in voting against government motions in Parliament, the inevitable has happened as the lawmakers have been evicted from government WhatsApp groups where they belonged.

The removal of UTM lawmakers from WhatsApp groups by main Alliance Partner Malawi Congress Party (MCP) officials was confirmed in Parliament by Ntcheu Bwanje Member of Parliament Alexander Chilikumtima who got surprised following his sacking from a Government WhatsApp group.

Chilikumtima did not disclose the reasons for his removal but as it later transpired, the move by the UTM MPs to vote together with opposition MPs in rejecting a report on the proposed Banking Act amendment bill in Parliament was the last straw that broke the camel’s back.

The MCP leadership has confirmed that it has indeed kicked out the UTM MPs in government whats App groups and that it is no longer inviting them to government caucuses following their double-dealing.  On its part, UTM, whose leader is walking with corruption charges on his head following his arrest by the ACB in connection with the Zuneth Sattar multi-million bribes he is alleged to have received, says it is monitoring the situation.

However political commentator says this is the end of the MCP-UTM pact under the Tonse Alliance.

“This has not come as a surprise. Soon the political gamesmanship will start and it will be the survival of the fittest” said John Jana Phiri.