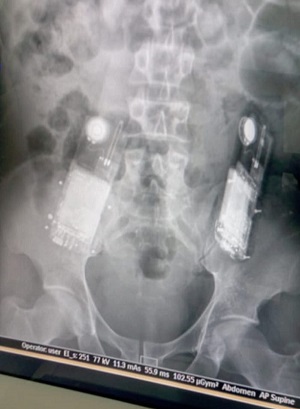 Phones are one of the prohibited things in Malawi prisons, yet inmates have devised their own methods of smuggling those phones into the facilities. Following a succession of contradictory accounts, a medical scan performed on one of the detainees at the Zomba central hospital indicated that the criminal entered two phones into his rectum, which became caught in his intestines.

“In trying to hide the phones, he then inserted them in his stomach through his anus,” Shaba explains as quoted by Rainbow TV.

He further said that the prisoner is set to have the cell phones removed at Zomba Central Hospital.

Meanwhile, the director of Zomba Central Hospital has revealed that the phones have been desecrated by the offender. Convicts are not allowed to have phones in prison by law, however recent incidences of prisoners smuggling phones have become common.

According to reports, the inmates have been using the phones they sneak to scam people outside by using Airtel Money and Mpamba services.

In a related development in the same city of Zomba, a lady was found guilty of bringing phone sim cards into prison.

Meanwhile, Malawians on social media have expressed unhappiness with the way prison warders carry out their responsibilities, accusing them of incompetence and asking how and why they would allow criminals to be in possession of illegal devices such as phones. 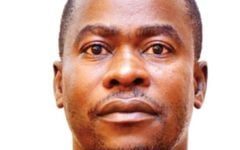