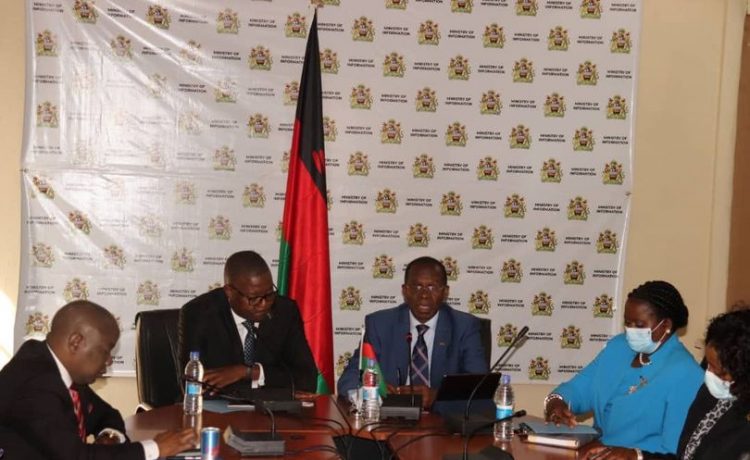 The Minister of Trade and Industry, Mark Katsonga Phiri, has reiterated that the government is going to intervene by importing cooking oil if producers do not lower prices following the removal of VAT by the first of April 2022.

Katsonga made the remarks on Wednesday 23rd March, in Lilongwe during Government Faces the Press where he was outlining how the government is working to improve the welfare of its citizens.

In his remarks, the minister said the government is ready to hand licenses to all businesses who have the capacity to import cooking oil and sell it at affordable prices.

“The decision will be made only if the cooking oil manufacturing companies will not adhere to reduced prices, and we hope that producers will decrease the costs with a minimum of 16%, when the August House passes the national budget on 1st April 2022,” said the minister.

The minister also outlined measures that would ensure that prices of goods and commodities in the country are affordable.

He says in the medium to long term, the country should be able manufacture goods which are of high quality within the country hence ensuring that prices of goods are affordable.

“Prices of essential products have risen to the dismay affecting a lot of Malawians who have little capacity to survive. However, this is not our making, it is something that has affected the whole world,” said Katsonga.

He also touched on the government’s plans to establish industrial economic zones which will enable Malawi to start manufacturing goods and will no longer import commodities whose raw materials are already in the country.

Currently, the government has signed agreements with companies to start manufacturing different products in the country such as cement, fertilizer and cooking oil, among others, in order to ensure that prices are affordable.

Meanwhile Minister of Information and Digitalisation, Gospel Kazako who was also in attendance, said the coming in of more industrial companies will boost economic status of the country thereby making goods affordable to every citizen of Malawi.