Police gang rape puzzle in which the police investigates and exonerates itself? 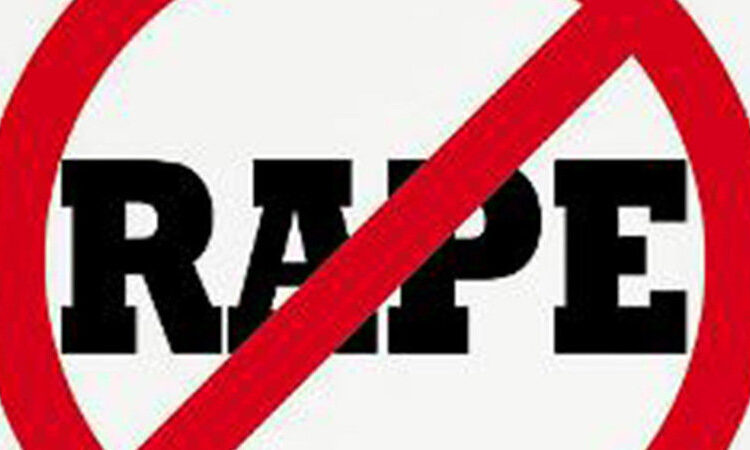 “Insanity in individuals is something rare – but in groups, parties, nations and epochs, it is the rule.” – Friedrich Nietzsche

A week after being confirmed as Inspector General of the Malawi Police Service (MPS), Dr. George Kainja was all over the place conducting a public relations blitz.

Speaking to media houses, Rainbow TV and Capital FM Radio, he said his priority as the new police chief was winning back the lost public trust.

How? He said he intended to achieve this elusive objective by inculcating professionalism and discipline in the police rank and file and that from then onwards, all wayward officers would be sent back to Police Training Schools for a special disciplinary course.

Following incidents involving police officers or the entire MPS institution, one wonders why the new IG wasted his and everyone’s time.

In the headlines, these past few weeks was the Msundwe Tragedy. Since some are trying to rewrite the script, heartwrenching as they are, I will repeat the facts of this sad episode, as gathered by an independent body, the Malawi Human Rights Commission.

In December 2019, the MHRC informed that nation that police deployed to quell unrest at Msundwe in Lilongwe on 8 October 2019 were not adequately prepared for the task, which led to failure to withstand pressure from angry people leading to the death of Superintendent Usuman Imedi.

Releasing three reports on investigations into the death of Imedi, loss of business and rape allegations by police officers, the then MHRC Commissioner, Martha Chizuma, said officers were hastily mobilized from other duties and deployed without gear.

The MHRC also reported that it had established that police officers raped 17 women and girls. According to the MHRC, the officers also destroyed and looted people’s property at Msundwe, Mbwatalika, Kadziyo and Mphingu on 8 October 2019.

The detailed report also asserts that in some cases, after raping the women, police officers would step on their vaginas.

Imagine this happening to your daughter, sister, cousin, mother, or yourself, regardless of your sex. A policeman sworn to protect you rapes you, then crushes your genitals.

Are you wincing? With disgust? In anger? My exact reactions upon reading the MHRC report on what happened to the hapless women and girls at Msundwe.

Now let’s step back for a minute.

The MHRC is perhaps the one independent national human rights institution established by the Constitution of the Republic of Malawi under section 129, which has served us very well in troubled times in line with its mandate of “protecting and investigating violations of the rights accorded by the Constitution or any other law”.

Several MHRC commissioners, past and present, have irked errant presidents and administrations by standing up for our rights, as enshrined in the Constitution.

Therefore, when it conducts an investigation and concludes that police officers raped women and girls, police officers who did not stop there but after raping the women were kicking their victims’ vaginas; I have absolutely no reason to believe that whosoever authored that investigation report was trying their hand at fiction-writing.

Let us play devil’s advocate a bit and say that the MHRC report is a product of some lazy bum’s imagination.

Are we going also to write off ALL the major publishing houses who went to Msundwe, interviewed the victims and published recounting, among other victims, statements that some secondary students were saved from the ordeal by menstruation?

“Fortunately, two of us happened to be in our menses, and we pleaded with the police officers to spare us. But one of us was forced to undress, and they harassed her while we watched,” the victim said.

By the way, another independent body, the NGO Gender Coordination Network (NGO-GCN), also confirmed that the police sexually abused women and girls at Msundwe, Mpingu and M’bwatalika.

Let’s play devil’s advocate further and, as if high on something of dubious legality, pretend that all this is a result of a grand conspiracy by the victims, the media, the NGO-GCN, and the MHRC. Where does the High Court fit in this “grand conspiracy”?

In his ruling on 13 August 2020, High Court Judge Kenyatta Nyirenda ordered the MPS to compensate the 18 women for the trauma they suffered at the hands of the police.

That judgement speaks for itself. It is so comprehensive that it leaves no doubt that police officers committed crimes against women and girls.

Further, no one should forget that our police disservice, a total failure in all material aspects, performs exceptionally well when shielding its own. Remember late Robert Chasowa? Who, according to one very well trained “fine officer”, committed suicide?

I could list several others, but my case made, I want to speak to those rubbing salt onto the victims’ wounds.

You see, the average Malawian has common sense. As individuals, we are people with sound minds in sound bodies. The problem, however, is that most of us are prone to “herd mentality”  (the tendency of group members to think and behave in ways that conform with others in the group rather than as individuals).

Hence my citing Friedrich Nietzsche, “insanity in individuals is something rare – but in groups, parties, nations and epochs, it is the rule.”

• forget the distractions that the police disservice is throwing to shield their own,

• forget the distractions some misguided influencers are concocting by going after the lawyers or officers of the judiciary; and

• use your head to consider this: rape victims often find it tough to reveal or retell their ordeal.

True, some have lied elsewhere. It happens. But in this case, count the victims. Not one, not two, not three, not four, not five, no; but seventeen of them.

Since numbers and statistics tend to blur things, try this, substitute any one of the seventeen with your daughter, cousin, sister, mother or wife.

Or better still, put yourself in their shoes. How would you feel?

This is why my take is that IF justice is indeed a dish best served cold, let the justice in this criminal case, which is moving at a snail’s pace despite change of guard at the top in the Malawi Police Service, be served ice-cold.

No respite for criminals! Not here.