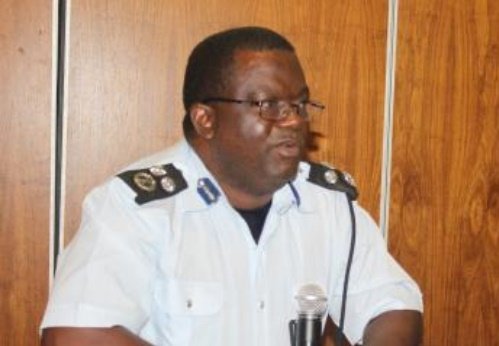 Employees of Techno Brain Global FZE who have been working in the Department of Immigration and Citizenship Services’ premises have been told to stay away.

The development follows the termination of a US$60.8 million (about K50 billion) between the company and the Malawi government last month.

Department of Immigration Director General Hannings Mlotha warned Techno Brain employees, in a letter dated January 7, 2022, against interfering with or sabotaging the issuance of passports in any way.

Reads the letter: “Your employees may only be present to perform certain duties relating to other subsisting contracts you have with the Malawi Government through the department.”

In the letter, Mlotha further states that his office has noted that the contractor has not made any handover to the department despite being instructed to in the notice of intention to cancel the contract.

Techno Brain has also been asked to cooperate in the process of handing over a detailed document recording IP addresses, credentials and locations of servers, terminals, routers and any other device associated with the e-passport system whether in Malawi or embassies where the system was deployed.

The multinational company has also been asked to hand over all contact details of internet service provider (ISP) responsible for virtual private network (VPN) links for the e-passport system and updated information regarding payments for VPN links to the ISP.

“Further, you are advised that during the handover exercise, you should provide orientation to ICT officers in the management of the Data Centre and critical issues that require attention from time to time,” the letter adds.

It further cautions that the presence of 12 employees of Techno Brain at Immigration Headquarters (4), Lilongwe (6), Mzuzu (1) and Mangochi (1) will constitute trespassing “which law enforcement officers will not tolerate”.

“In cases where your employee is a non-Malawian, any noncompliance with this communication will lead to their deportation and other immigration sanctions under the Immigration Act,” the letter adds.

But in a media statement last week, Techno Brain has strongly refuted any allegations of wrongdoing saying they are professionals and “committed to good corporate governance.”

The statement said the contract between the Government of Malawi and Techno Brain was the product of a competitive bidding process that followed all the relevant procurement regulations.

“We strongly dispute any claims that Techno Brain has breached the contract or that it favours the company at the expense of Malawians,” it said.

According to Techno Brain, the cost of the contract reflects the quality of the offering being delivered, which includes high-end security features and conforms with international standards set by the International Civil Aviation Organisation (ICAO).

Reads the statement: “It is also important to note that the contract is not solely for the delivery of e-passports, but also for a comprehensive upgrade to the country’s entire passport issuance system that transitions the country to a digital platform. The project encompasses everything from training and capacity building for over 125 Department of Immigration and Citizenship Services (DICS) officers to the digitization of over one million records and rollout to 19 embassies globally.

“The full scope includes setting up a data centre, Disaster Recovery Center, and PKI infrastructure; the design and origination of e-Passport booklets and consumables; the supply of e-Passport personalization equipment; connecting all regional Immigration offices on a secure network; enrolment terminal equipment; the supply of software licenses; project implementation services; and the training and capacity building of DICS officers.  In addition to the core e-Passport Issuance System, it also includes integration with the systems of other Government departments; the rollout of the system to 19 Malawian embassies; the supply of trucks for DICS; the digitization of over a million manual records; the setting up of security systems and forensic labs; and other related services.”