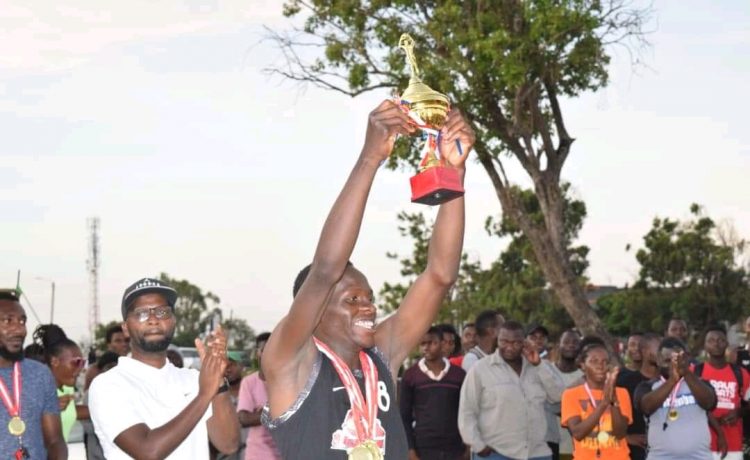 Nkhulande Basketball Team are the champions of Northern Zone Basketball League (NOZOBAL) after beating Moyale Barracks in a three-game series final 2 to 1.

The win means Nkhulande have now won NOZOBAL for 11 years in a roll.

Moyale had given themselves hope of turning the tables this year when they won game one 76 – 66 on Sunday.

“We did not play well during this season and Moyale managed to beat us twice, so we wanted at least to make sure that this time around we should work together to win the final series, that’s why we caught up with them,” said Manda.

Manda added that now his team will shift focus to Basketball of Malawi national finals slated for March next year.

His counterpart, Dean Chipofya coach for Moyale accepted defeat saying his team failed to defend baskets in the last quarter of the final game.

He also said the covid-19 pandemic affected the tournament with sponsorship being one of the major setbacks.

“We have delayed to finish this because of certain issues and one of them was covid-19 that hit us hard so it was tough for sponsorship and planning but now we have finished the league  and we have been told that there will be National finals for which top three teams will go and participate at national level and I encourage the teams to keep training for the event,” said Nkhwazi.

He added by asking companies to bring in sponsorship to the tournament.