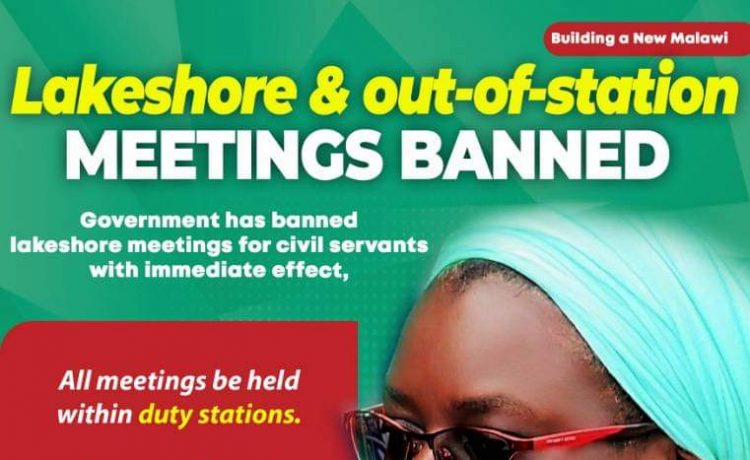 Malawians can now breathe a sigh of relief with the announcement of finer austerity measures by Collen Zamba, the newly appointed Secretary to the President and Cabinet (SPC). Malawi President Lazarus Chakwera sacked SPC Zanga-Zanga Chikhosi and replaced her with Collen Zamba during a news conference on May 31, 2022. Many people thought Chikhosi’s firing was long overdue, as stakeholders such as the quasi-religious Public Affairs Committee (PAC) had repeatedly told the President that the SPC was a weak link in his government when it came to delivering on his promises to Malawians.

Collen Zamba, on the other hand, who is she?

Zamba led the Presidential Delivery Unit and served as the President’s Chief Advisor on Sustainable Development Goals and International Affairs prior to her appointment as the top civil servant in Malawi government. According to her CV, Zamba has worked with the United Nations Development Programme (UNDP) for the past twelve years as an Economic Advisor, spending six years in the Nigeria Country Office, four years in Zambia Country Office, and the last year covering the Swaziland and Lesotho Country Offices.

Prior to her UNDP adventures, Zamba, a macroeconomist and career technocrat, had nineteen years of managerial and professional experience in development policy, rising to Permanent Secretary Cadre in the Malawi Government where she served as Principal Secretary in Ministries of Finance responsible for Economic Affairs, Debt, and Aid, where she led the exceptional negotiation of HIPIC decision Point for Malawi: Trade and Industry; Comptroller Statutory Corporations and Special Assistant in Governor’s Office, Reserve Bank of Malawi.

Colleen has formal degrees in macroeconomics (MPhil Economic Planning), development policy (Post Graduate Diploma in Development Policy) and a Bachelor’s degree in Social Science (Economics) from the University of Malawi, where she was named best student of the year in 1989.

According to her profile, the nature of work and responsibilities in all of these positions required the application of superior networking skills, as well as interpersonal skills, in order to deliver and achieve planned results by working with Ministers of Finance, Trade, Heads of Government and State, politicians, professionals, chief Executives, donors, and development partners.

A new broom, as the adage goes, sweeps clean. Zamba has already made an impact just a few days after being appointed. On Wednesday, the new SPC announced fresh austerity measures, complementing those announced by the President during the press briefing, in a speech to Principal Secretaries from all government ministries.

According to Zamba, she has directed that all meetings involving government personnel be held within duty stations, underlining that she has forbidden any meetings in Mponela. Civil servants have been accused of siphoning government funds through the culture of allowances by holding meetings within a stone’s throw of Mponela, which is located in the Dowa district. This was possible as they justified that Mponela was outside their duty station hence the need for allowances according to government policy. Such crookedness, according to Zamba, has come to an end.  She has also ordered that all parastatal board meetings be held in boardrooms rather than luxury hotels or lake resorts.

It is apparent that the new SPC will certainly breathe new life into the Civil Service as a tool to serve the people. In conclusion, we contend that until the civil service is shaken up in the same manner that the SPC has, it will continue to be a self-serving, ineffective government machine whose aim will be to perpetuate poverty in the country by rewarding a few individuals. We wish the new SPC every success in her service to the country.