Granted, Mukuru Wanderers, the archrival of Nyasa Big Bullets FC has not been doing in recent years with Bullets always dominating, but it appears the Bullets honeymoon now is over as Wanderers management is planning to bring on board talent to boost its chances of taking more silverware in the impending season.

The latest on their drive is the roping-in of gangling Flames Defender Lawrence Chaziya. The former Jordanian side Hussein FC international was unveiled at Lali Lubani Road Thursday alongside up-and-coming goalkeeper Dalitso Khungwa.

Chaziya has agreed on a three-year deal with Wanderers and supporters think his coming will help Wanderers become a formidable side as it has also brought on board other talented players, Gaddie Chirwa from Blue Eagles, Karonga United’s Mphatso Kamanga, Christopher Kumwembe of Civil Service United and Tigers’ Emmanuel Nyirenda.

Speaking after unveiling Chaziya and Khungwa, Wanderers Board Secretary Chancy Gondwe said they expect to make one or two more big signings before the season starts.

“We are not done yet. We expect to bring on board one big fish. Our target is to build a strong squad that other teams will be scared to play against,” Gondwe said.

He said arrangements are being made to offload 10 players who will make way for the new signings.
“We are in the process of releasing 10 players so that they should go to other teams. We want to have a manageable squad of 25 players,” Gondwe said.

On his part, Chaziya said playing for Wanderers would be a dream come true.

’’I am ready for the new challenge. Wanderers is a big team and I will be honoured to be part of it,’’ Chaziya said in the company of his manager Jimmy Linje.

The Nomads have also inserted a K16 million buyout clause for Chaziya if he signs for an international club within the first year of the contract. 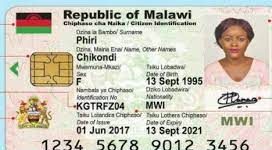