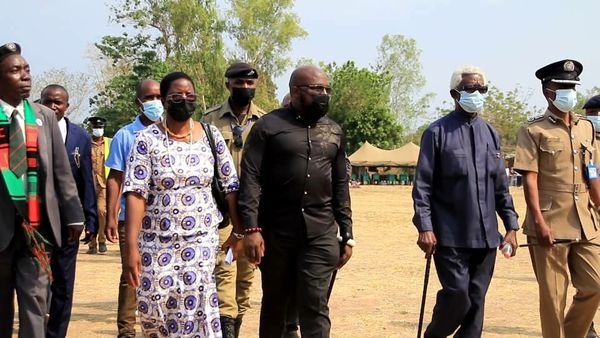 Mtambo with Paramount Chief Kyungu and other ministry officials
0Share

Minister of Civic Education and National Unity, Timothy Mtambo, has warned people against mob justice, saying anyone found perpetrating the malpractice will face the law.

Mtambo made the remarks in Karonga District during a solidarity walk in which the Ministry officials engaged citizens to refrain from taking the law into their own hands.

He bemoaned increasing cases of killing people on witchcraft allegations which he said is against the law.

According to Mtambo people should change their mindset and stop taking the law into their own hands but report to relevant authorities when one is suspected of doing any wrong.

Commenting on the matter, Paramount Chief Kyungu of Chitipa and Karonga districts described the malpractice as disgraceful.

“The challenge is huge and it is very frustrating, disgraceful and shameful to be losing lives of people through false allegations of witchcraft,” said Paramount Kyungu.

National Director of Community Policing, Obrey Nyirenda, said they will deal with anyone involved in mob justice.

The exercise was spiced up by local dances and a football match between Blue Eagles and Karonga Select.