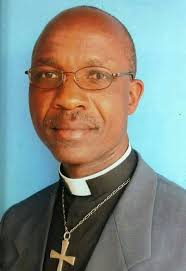 Reverend Munthali-
0Share
BY JORDAN SIMEON-PHIRI
The Malawi Congress Party (MCP) has instructed its regional offices to hold conferences by January 15 this year in preparation for its National Executive Committee (NEC) meeting.
MCP spokesperson Reverend Maurice Munthali in an interview said the regional conferences will help party members at the grassroot to present pertinent issues for the pending NEC meeting.
He said: “The meeting which was postponed on December 5 last year will be precedented by the regional conferences to enable party members at regional level source constructive and meaningful views, plans, concerns, pieces of advice on how best to implement various developments.
“This is so because in MCP whose leader is the Pastor, we believe that supporters have prime say on how we can run the party successfully. So, holding regional conferences in the six political districts will enable regional heads to consult area, district and constituency party members who are owners of the party”.
The NEC meeting was shifted because party president and head of state Dr. Lazarus Chakwera was engaged in other equally important businesses.
On his part, MCP regional director of youth for North-North Robert Msowoya Katawa hailed the party for the directive, saying it will provide a rare opportunity for party grassroots to provide insight views on how the party is faring on the ground.
“The regional conference will enable us to solicit views from people on the ground who are owners of the party on how MCP is faring and how best we can consolidate power by evenly distributing various developments to win people’s hearts,” he said.
In another interview, Eastern Region regional chairperson Samson Kawalazira said the region will use the conference slated for Thursday to discuss pertinent issues to being the party together and see how best to rope in more members to strengthen the party.
In an interview, a Mzuzu based political analyst George Phiri while applauding the party for the regional conferences that will be followed by NEC meeting, urged the party leadership to use the indaba to carry a stock take based on research to see where to correct things in order to win people’s hearts further.
He said: “It is in the party’s interest to use those meetings to understand the strength of MCP as a party from people on the ground and their President who is also the Tonse Alliance government leader. And again, in two years time, the party will be holding it’s convention, so, the regional and NEC meetings will gauge pros and cons of the alliance whether it has been able to fulfill its promises or not and how best to forge ahead in 2025 Tripartite Elections should they decide to go it alone with the 50% + 1 electoral system.
“So, yes, these meetings are important  in as far as building of  the party image is concerned and its leaders will see if they are able to do things differently from the founder of the party Hastings Kamuzu Banda so that the latter day’s generation can be swayed”.
Tags:Malawi Congress PartyReverend Maurice Munthali
Share on FacebookShare on Twitter
Editor In-ChiefJanuary 11, 2022 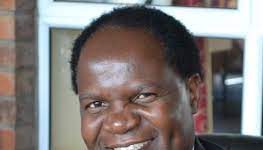