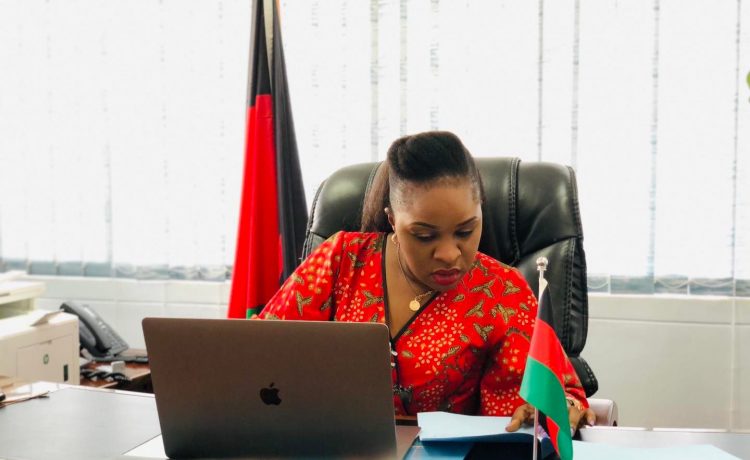 Police are keeping in custody Dauka Manondo following an interrogation on defamation complaint filed against him by some women acting on behalf of Minister Verah Kamtukule.

Following the absence of the country’s  President and Vice President, who were both on official business in Mozambique and the United States of America, Kamtukule served as the country’s interim leader.

President Chakwera had left the country on 21st April 2022 for Mozambique where he went on a state visit aimed at facilitating electricity and other energies interconnection deal between Mozambique and Malawi.

On his departure, president Chakwera left the leadership of the Government in the Vice President, Saulosi Chilima. Eventually, Chilima also travelled to New York where he was delegated by the President to attend the 2022 United Nation (UN) Economic and Social Council (ECOSOC) Forum for Financing Development.

Upon his travel to United States Chilima, in turn, left the leadership in one of his political party (UTM) members of Parliament, Verah Kamtukule who is also a current Minister of Labour in the Tonse Administration.

Manondo is alleged to have reacted to the situation by accusing minister Kamtukule of receiving the position from the Vice President in exchange for sexual favors.

According to sources privy to the matter, Manondo is said to have written in a Whatsapp group suggesting that “pussy power” was what enabled Honourable Verah Kamtukule to be given the privilege and power as a stand-in authority in the absence of the President and his Vice.

Dauka is said to have apologized to Honourable kamtukule both on the Whatsapp forum and directly to her. However, other women named Kate Kamwangala and Manganaye Kambuwa said to be related to Kamtukule reported a complaint at a police station in Lilongwe on behalf of the verbally-assaulted minister.

Police reached out to Manondo who eventually presented himself over at the station for interrogation. He was, however, unable to return home as he was eventually incarcerated, ready to be taken to court to answer criminal charges that Shire Times is yet to understand.

Dauka Manondo was one of the suspects in the shooting of former Ministry of Finance budget director Paul Mphwiyo in 2013, along with his brother Pika Manondo, former Minister of Justice and Constitutional Affairs Ralph Kasambara, Robert Kadzuwa, and Macdonald Kumwembe, but was later acquitted by the court.