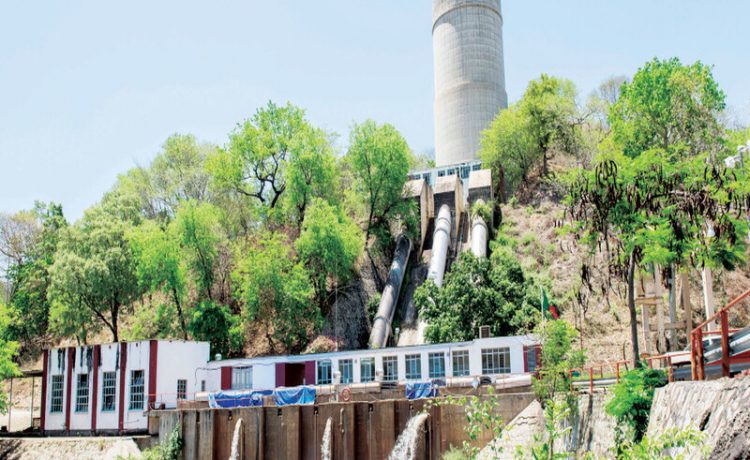 The Government of Malawi (GOM), IFC, Scatec and EDF have yesterday signed a binding commercial Agreement to undertake the co-development of the Mpatamanga hydropower project which will see the country’s installed hydropower doubled.

The agreement, signed under Malawi’s Public-Private Partnership framework, concludes the selection process undertaken by the Government of Malawi to competitively select a private sector partner to finance, build, and operate the Mpatamanga hydropower plant.

The signing officially awards the role of project lead developer to a consortium composed of Scatec and EDF.

IFC worked closely with the Government of Malawi to support the early-stage project development and provided funding for activities that allowed the government to launch the competitive tender process.

Located on the Shire River, the 350-megawatt (MW) facility will be a first-of-its-kind in Malawi.

The generation facility is composed of two plants – a 309 MW peaking plant and a 41 MW downstream plant.

The project is expected to contribute to reducing energy shortages and enhancing energy security in Malawi.

The 309 MW plant with its reservoir storage is designed to provide much-needed energy during peak demand hours of the day and overall grid stability with its ability to ramp up or down production to meet actual demand.

Scatec, and its venture partners British International Investment (BII) and Norfund, and EDF are majority shareholders in the project and will own 55% of the project,  split equally between them.

The Government of Malawi will own 30%, and IFC 15% of the total project shareholding.

Mpatamanga will deliver electricity to approximately two million people and save 520,000 tons of CO2  emissions per year.

“The 350 MW Mpatamanga Hydropower Project will not only double the installed capacity of hydropower in Malawi, but also improve the power supply security, provide opportunities for increased renewable energy generation capacity in the country and contribute to the controlling of the flow of the Shire River downstream the power plant. The GOM is indebted to its Partners in achieving this milestone which is a major step in the development of this Project”, said Minister of Energy in Malawi, Honourable Ibrahim Matola.

“This is a significant development in the realisation of the Mpatamanga project. We are excited to build on our hydro portfolio in Africa – and are proud to have finalised development plans alongside our partners. The country of Malawi will receive a significant investment into its power sector, which in turn will stand to benefit a major portion of the nation’s population. We look forward to reaching further development milestones for this project – and contributing to Africa’s renewable energy journey,” says Scatec CEO Terje Pilskog.

“We are proud to contribute to Mpatamanga project which is a great opportunity to bring our technical expertise in hydropower and our strong environmental and social commitment in favor of local communities and biodiversity. The signing of this partnership strengthens EDF’s position in Africa, a strategic region for our development. This competitive project will significantly enhance the access to electricity in Malawi and is fully in line with EDF’s ambition to build a net zero energy future with electricity and innovative solutions that drive economic development.” says Béatrice Buffon EDF Group Senior Executive Vice-President, International Division.

Commenting on the exciting news, President Lazarus Chakwera has said the project aligns well with his vision to add 1000 megawatts to the grid in the next three years.

“By now you must have heard the exciting news about the 350 megawatt Mpatamanga Hydro Power Plant on Shire River to be developed by a consortium composed of EDF Group and Scatec together with its venture partners, British International Investment and Norfund.

The Government of Malawi has been fully supported by the World Bank through International Finance Corporation in project development and tendering processes.

“I am delighted because the $1 Billion electricity deal speaks into our administration’s target of adding 1000 megawatts to the grid in the next three years. This sort of investment also indicates that Malawi is now an attractive destination for private sector investment in the energy sector. We are surely turning the corner towards developing the energy sector into a backbone of economic transformation,” wrote President Chakwera on his official facebook page.

The project comes amid energy crisis inherited from the ‘corrupt’ Democratic Progressive Party (DPP) which suffocated all government institutions including the Electricity Supply Corporation of Malawi (Escom).

During the DPP regime, a filling station was opened at Escom for DPP followers resulting in accumulation of debts and inability to maintain and buy necessary equipment to keep the utility body running smoothly.

“Matters of national importance and concern are of paramount importance to be looked at soberly without putting on your tribal, regional or political sunglasses.