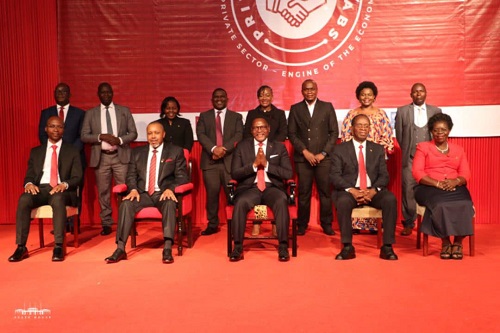 Malawi President Lazarus Chakwera launched Private Sector Labs at the Bingu International Convention Centre in Lilongwe on Friday in an effort to help the country’s economy recover. The idea of Private Sector Labs is to create a framework for structured collaboration between the private and public sectors in order to maximize development impact.

During the event, Malawi’s president stated that a sound policy framework is critical to the country’s economic recovery.

“Our country’s economy has been sick in many ways for a long time. The symptoms of its sickness have been with us and around us for decades. Some of these symptoms have stayed hidden, masked by policies and measures designed to numb Malawians from feeling the pain of their plight, without curing the underlying causes of the sickness,” said President Chakwera.

The President went on to say that it is critical to take serious steps to rebuild the economy by providing true therapy. The first step, according to the Head of State, is to acknowledge the truth that no economy in history has ever prospered by giving people goods for nothing.

“No single economy in the world was ever built by getting free things, but by producing valuable things. What that means, in principle, is that we must accept the fact that our economy will never be cured until we start to build it on the foundation of a thriving and expanding private sector, because the private sector is the one sector that operates on productivity, the practice and discipline of producing things of value in the marketplace,” said President Chakwera.

Added the President: “For this reason, I am launching these Private Sector Labs to bring leaders of Government and captains of industry together to answer one question: what must we change in order to make Malawi a place where businesses and investments that desire to produce valuable things find it easy to expand, export, and employ? If we can answer that question together and implement the changes here in real time, we will begin to cure the disease of unproductivity that lies at the heart of our economy.”

President Chakwera went on to clarify that when he refers to the private sector, he is referring to the type that can maintain and grow economic benefits by promoting more savings and capital formation, technology transfer, and better products and services for customers. He believes that such a sector will be crucial to Malawi’s economy in terms of job creation and value creation for Malawians.

Members of the corporate sector, as well as other stakeholders such as the UN Development Program (UNDP), were present at the launch. UNDP Resident Representative Shigeki Komatsubara praised the project in an interview on the occasion of the event, adding that the Private Sector Labs would assist remove barriers that stifle economic growth, such as a lack of forex and limited access to financing.

The President noted that the country’s manufacturing sector is only contributing 11 percent of Malawi’s Growth Domestic Product (GDP), which is on the lower side saying he hoped the labs will be a stepping stone towards broadening the manufacturing sector in this country to produce products for export.