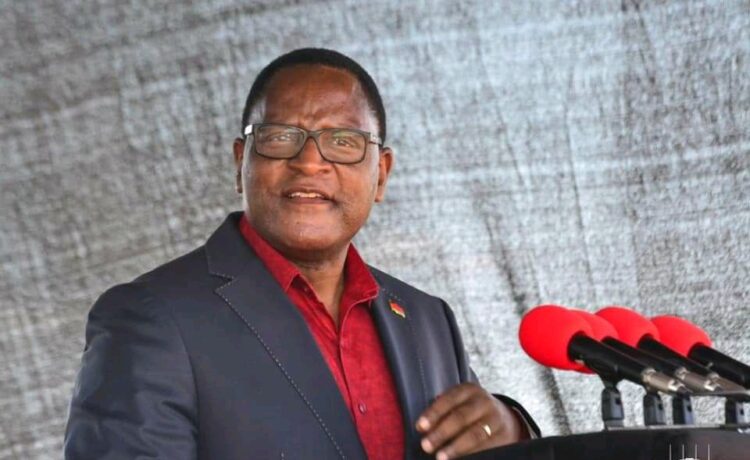 Malawi leader Lazarus Chakwera has today launched the 2021/2022 Affordable Input Program with a stern call for change in attitudes towards progress in government systems.

“We need to change the relationship between government and private sector players in the agriculture sector, because the cat and mouse approach we currently have is primitive and needs to be replaced by a real partnership that seeks to deliver value for money to Malawians,” he said.

Chakwera says the most important change that is needed in the AIP is a change in attitude and behaviour towards farming across the board.

He says Malawians need to change farming priorities, diversifying crops and recognizing that not all crops and soils require fertilizer.

“We need to change our institutional attitudes, ensuring that there is coordination between the Ministry of Agriculture and other Ministries like Trade and Industries that are critical for adding value to crops and identifying markets for them ahead of time, “he said adding “We all need to
change, because change is what Malawi needs and change is part of the new Malawi we are building”.

The State President has also called Malawians to exercise patience on promises the Tonse Alliance made ahead of the court-sanctioned 2020 Fresh Presidential Election which its results showed the Democratic Progressive Party (DPP) an exit door.

Chakwera said the Tonse Alliance administration is determined to delivering on its promises but requires time as the country was in bad shape when they took over the reins of power from the former ruling DPP.

The AIP launch took place in Chiladzulu on Saturday morning and was attended by Traditional Authorities, senior government officials, representatives of development partners and a cross-section of the targeted beneficiaries of the programme.

In a related development, Minister of Agriculture has also revealed that the number of beneficiaries will be maintained. He also said that fertilizer suppliers have agreed to sell a bag of fertilizer at K27 000.

It is estimated that Malawi registered a 21 percent increase in maize production from 3.8 million tons to 4.6 million tons.